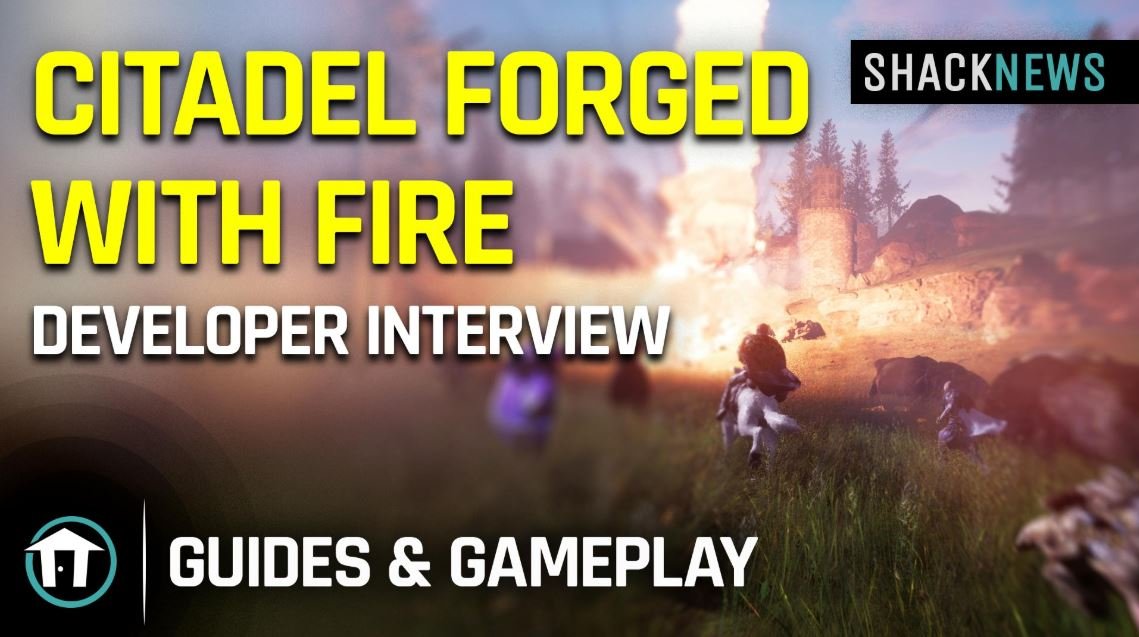 Back in the Summer of 2017, the development team at Blue Isle Studios release Citadel Forged With Fire onto Steam’s Early Access program, offering fans the opportunity to play the game early and help shape the direction development pushed towards. It aims to marry state-of-the-art graphics, extensive crafting, questing, and exploration on a scale not yet seen.

While out on location, the Shacknews video team and I got the opportunity to speak with James from Blue Isle Studios about how work on Citadel Forged with Fire is shaping up and when we can expect the full version of the game to be released.

The official website for the game offers this synopsis:

Citadel: Forged With Fire is a massive online sandbox RPG with elements of magic, spellcasting, and inter-kingdom conflict. As a newly minted apprentice of the magic arts, you will set off to investigate the dangerous world of Ignus. Your goal: create a name for yourself and achieve notoriety and power among the land’s ruling Houses.

You have complete freedom to pursue your own destiny; hatch plots of trickery and deceit to ascend the ranks among allies and enemies, become an infamous hunter of other players, build massive and unique castles, tame mighty beasts to do your bidding, and visit uncharted territories to unravel their rich and intriguing history. The path to ultimate power and influence is yours to choose.