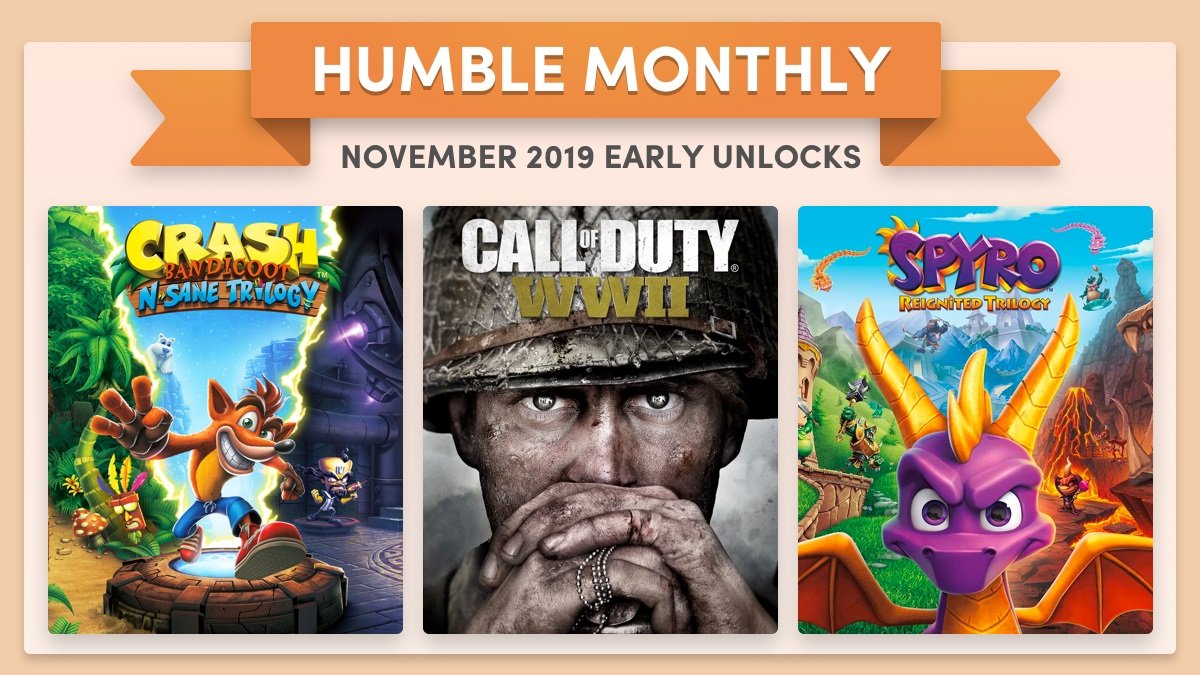 Looking for a few new games to dive into? Humble Monthly has you covered.

It looks like Humble Monthly is putting Crash Bandicoot N. Sane Trilogy, Spyro Reignited Trilogy, and Call of Duty: WW2 in one package for just $12. We probably don't have to tell you that's an especially good deal, since picking up all three titles separately amounts to over $100, typically. Now, you don't have to grab the games at full price, which is great news.

This is a much wider selection than the games previously seen on the service, which included The Spiral Scouts, Planet Alpha, Override: Mech City Brawl, Puss!, Avernum 3: Ruined World and Roman Sands. For the rest of the November bundle, we're not sure what's left for you to get aside from these three star titles, but we'll make sure to let you know as soon as we do. They'll drop on November 1.

For the uninitiated, Humble Monthly is a subscription service that you can simply cancel after signing up to get the products you want the most. If you cancel right after getting the games listed above, you'l still get the games, but won't have to worry about forgetting to cancel.

Be sure to let us know if you end up picking up the bundle, even if it's just to nab these three games. No shame in saving a little money, no matter the circumstances! We can't all go gallivanting around the globe and drop endless amounts of cash on games, after all! Snap up deals like this when you can.