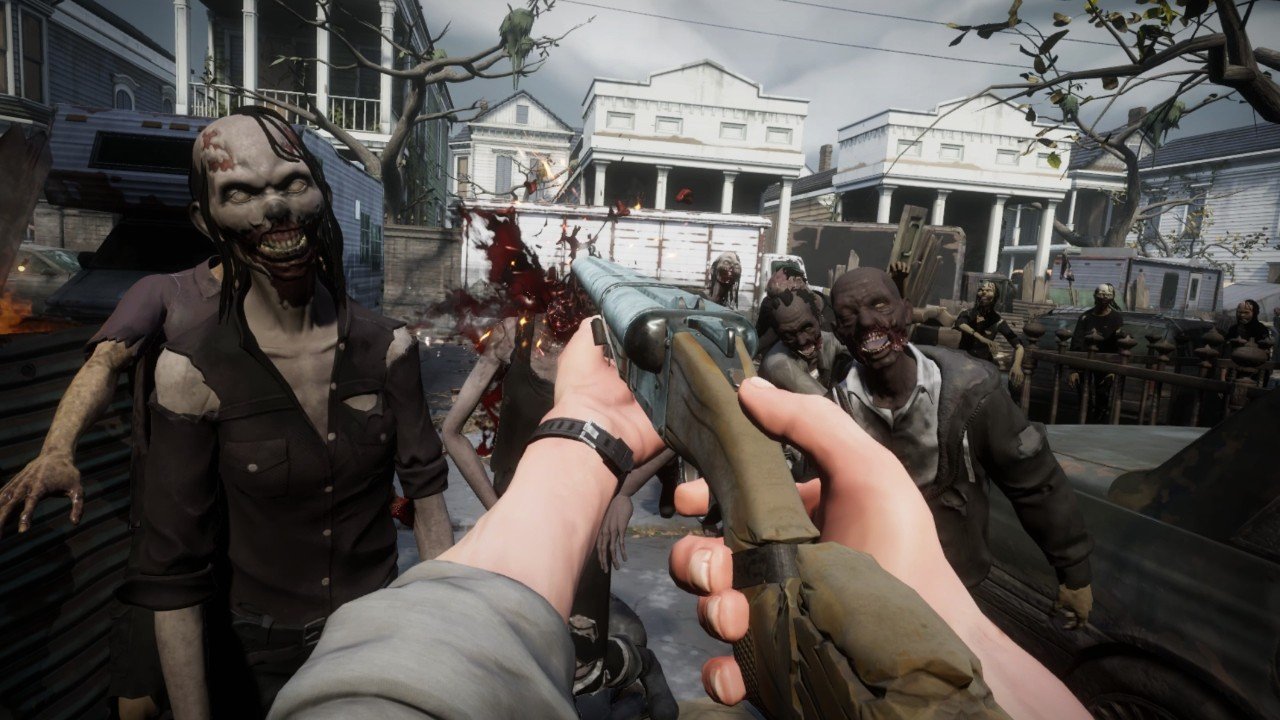 The Walking Dead: Saints & Sinners is coming to PC VR in 2020

Skydance Productions is working alongside Skybound Games for an upcoming new entry in the Walking Dead universe: The Walking Dead: Saints & Sinners.

The Walking Dead: Saints & Sinners is a first-person title for PC virtual reality platforms set to debut in 2020. Originally announced at San Diego Comic-Con in 2018, the game will find players testing their survival skills in a post-apocalyptic vision of New Orleans. The game will utilize a hub-style mission-based world, in which you can rough up zombies in a number of ways.

You can stab them, beat them to "death," grab them, push them, and of course shoot them. You'll also be carrying around plenty of gear to protect yourself and to thin the hordes around you. You get two slots for smaller weapons, two heavy weapon slots, and a backpack to carry supplies in, which you'll want to tote around plenty of. Crafting will play a large role in the game, because you can cook up food and makeshift medical supplies with the different items strewn throughout the world.

The game will also feature a built-in choice system that will revolve around what you do with and how you treat NPCs. You could potentially choose to kill one group of survivors and favor another, or opt to kill certain individuals. It all depends on how you want your game to play out.

The game is currently targeting a January 23 launch when it hits VR platforms next year, but right now you can take in the trailer and get a pretty good idea of whether or not this might be something you're interested in. Will you be giving the game a try, or are you passing on it since it's VR-only and not everyone has access to those platforms? Let us know in the comments below.