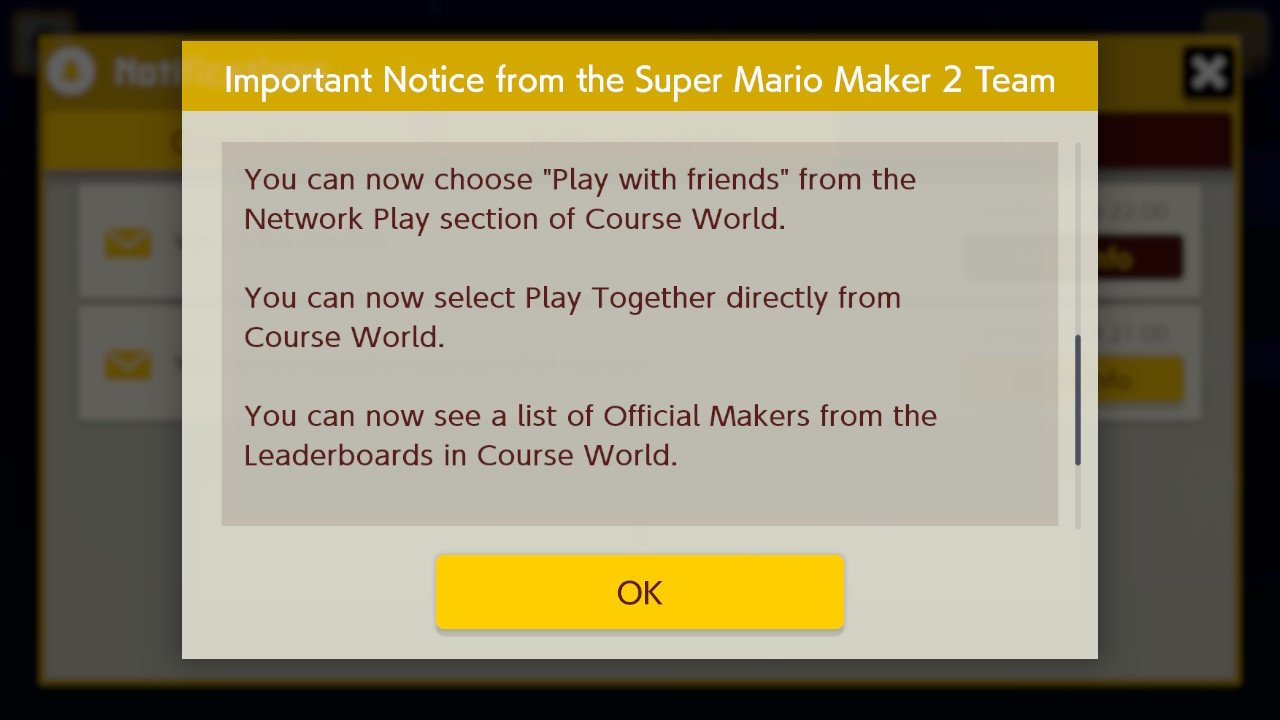 Today's update brings some welcome quality of life improvements to Super Mario Maker 2, as well as bringing features that had players complaining ahead of the game's launch. Finally, we can play levels with our friends online using the "Play with friends" option. The version 1.1.0 update also adds a Play Together button that can easily be launched from Course World.

Some of the hype surrounding the game has died down, but this is certainly going to be a great time to jump back in. There have been over five million courses uploaded to Super Mario Maker 2, so even if you aren't the most creative level designer, there are so many levels to choose from. The Shacknews Chatty community Google Doc still had a ton of SMM2 Course IDs for players to try out with their friends.

I am currently working on my sixth level. Is today's update enough to draw you back into the game? Are you too busy honking in Untitled Goose Game? Let us know your thoughts in the comments section. Super Mario Maker 2 version 1.1.0 is live now on Nintendo Switch. Let's-a-go!