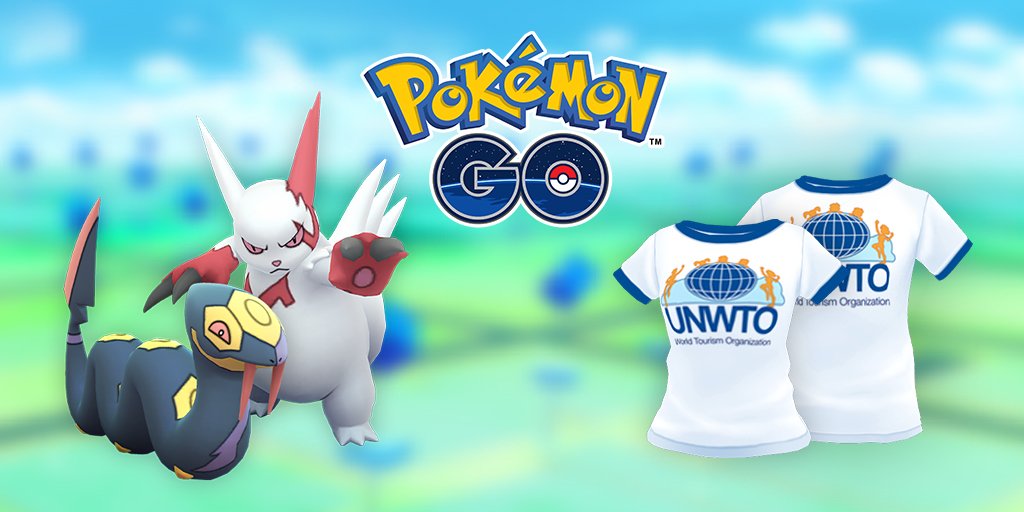 Pokemon Go players have plenty to look forward to with the first World Tourism Day, which kicks off this week.

The new event was announced by Niantic Labs in celebration of World Tourism Day for Pokemon Go players, which happens to be on September 26. That's tomorrow, and that means European players will have their first shot at a new Pokemon, which will debut there in special 5 km Eggs. You may even get the chance to take home a Shiny Mime Jr., if you're lucky. There are also several other monsters up for grabs too, like Shiny Seviper or Shiny Zangoose across different regions.

On September 26, new region-limited Pokemon will be available in Eggs across the globe in their respective regions:

For European players, Shiny Pokemon rivals may be spotted as well as Mime Jr., which as mentioned previously is making its appearance in the game. There will be decreased Stardust costs for trading, you can spin PokeStops to earn additional XP, and you can complete a whole host of Field Research tasks. They'll only be available for a limited time.

So don't fret if you don't happen to be in the area you want to get a Mime Jr. These events will be taking place around the world, so even if it isn't your turn to grab the Pokemon you want now, it soon will be. Be sure to keep checking back for updates for when you can snag the Pokemon of your dreams soon enough.

Will you be taking part in the event? Are you still playing Pokemon Go since it's going just as strong as it ever was? Be sure to let us know in the comments below.