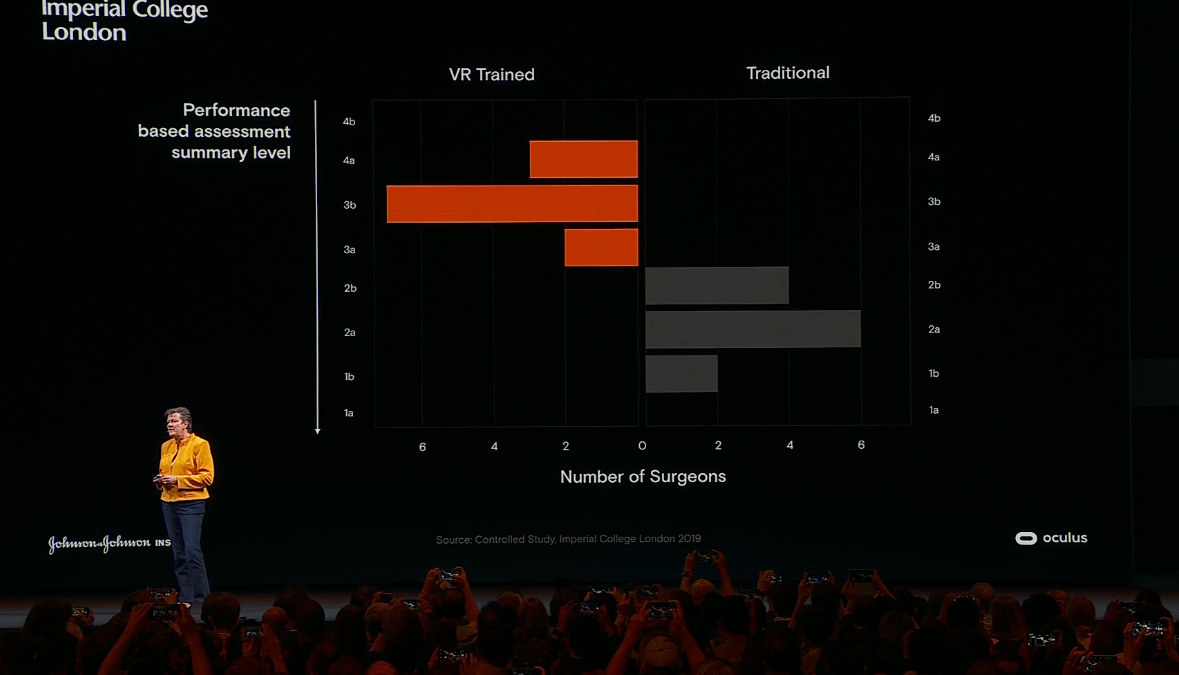 The news was shared during today's opening keynote for Oculus Connect 6 and honestly, the number speak for themselves. According to a study held by the Imperial College London, 83% of surgeons who completed training in virtual reality were successful in moving to active labs, while 0% of those trained in traditional training methods were successful in completing their labs.

Johnson & Johnson working with Oculus is of course just one of many outlets that Oculus has used to explore helping businesses through virtual reality. In the VR for business video that we’ve included above, users can get a glimpse at some of the various things that Oculus is doing to help businesses push things further by putting virtual reality at their fingertips.

Oculus Business will help companies like Johnson & Johnson realize their visions in ways that haven’t been possible before virtual reality. This is already evident in Johnson & Johnson’s progress so far, which has proven that surgeons who take time to learn the procedures in a virtual environment learn better than those in the traditional learning process.

It’s really great to see businesses taking virtual reality and using it to push their own techniques forward. Johnson & Johnson have created a fantastic little system to help train surgeons up in even better ways, and it will be intriguing to see how they put it into action all around the world. We will, of course, be keeping an eye out for any additional information surrounding these innovations. You can also keep track of all the newest announcements and such from Oculus Connect 6 right here on Shacknews.