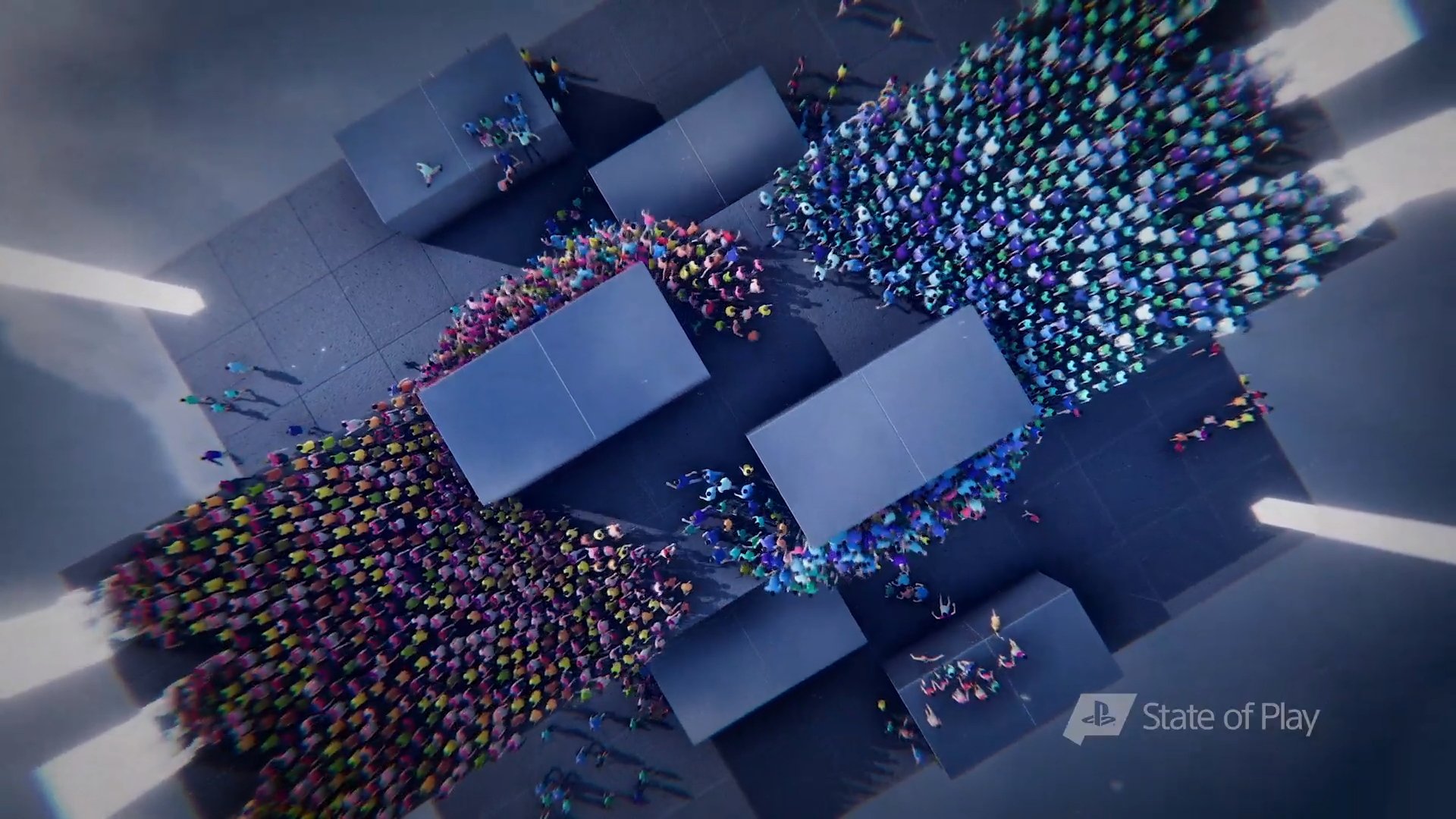 The developer of Tetris Effect, Enhance, has joined with design studio tha ltd. for a look at the bizarre and equally stylish new title Humanity, which is coming to PlayStation 4 with PlayStation VR support in 2020.

Announced during Sony's State of Play showcase today, we got a short look at Humanity, which features tons of people being controlled as they move together fluidly through different shapes and formations. It's difficult to explain the appeal of Humanity, and you really just need to see it in action.

“From the first early demo I saw, I couldn’t get HUMANITY out of my head,” said Enhance Founder and CEO Tetsuya Mizuguchi of the strange new game. “The whole look and feel of it—manipulating these teeming masses of people—was mesmerizing, especially in VR. I knew right away it could be something special, which is why I couldn’t be more excited to help a visionary like Yugo-san realize its full potential."

It's frankly difficult to say what kind of game Humanity will end up being, but it looks like there won't be any shortage of puzzles to solve or intriguing ways to go about solving them. It's listed as an "action" game in the official notes for the game, so we'll see.

Currently, there isn't a concrete release date other than 2020 for the game, but if you're a fan of everything Mizuguchi and his associated acts do, it certainly looks like something you won't want to miss out on.