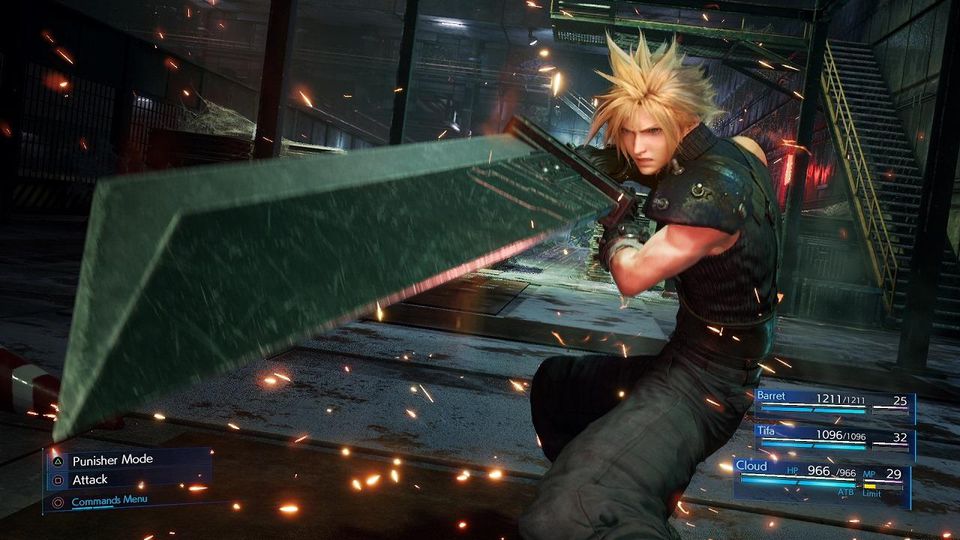 The new packaging for Final Fantasy 7 Remake is a tribute to the classic look from the original game from the '90s, with Cloud Strife and his buster sword staring at the headquarters of Shinra. It's undoubtedly a blast of nostalgia for players who experienced the original game, and a fun nod to players who have been there since the beginning. You can see it below in all its glory. Looks like this will indeed be the final image – of course, with the "Rating Pending" badge changed over once a rating has been established.

Additionally, Square Enix released a new clip of the fight with Cloud, Tifa, and Aerith fighting against the sewer monster Abzu from Tokyo Game Show 2019, which gives you a good idea of how the two female party members will fight since we've already seen Barret and Cloud fighting together. The video is in Japanese, but you don't really need to speak the language to understand the full effect of the hurt the party inflicts on this boss monster.

Previously, I previewed Final Fantasy 7 Remake and came away pleased. Here's what I thought about the demo at E3 2019:

"Final Fantasy 7 Remake is a clear-cut example of a developer working not to make the same game over again with updated graphics and mechanics, but to expand it beyond what was previously thought possible. Speaking on the game's expanded story and features ahead of my time with the demo, producer Yoshinori Kitase noted that the game will be a fully standalone experience that will focus on the part of the story that took place in Midgar. I know from this annotated slice of gameplay that there's nothing I want to do more when 2020 begins than spend time once again in the hallowed ground of PlayStation's finest role-playing game and see where this new vision of a classic goes."