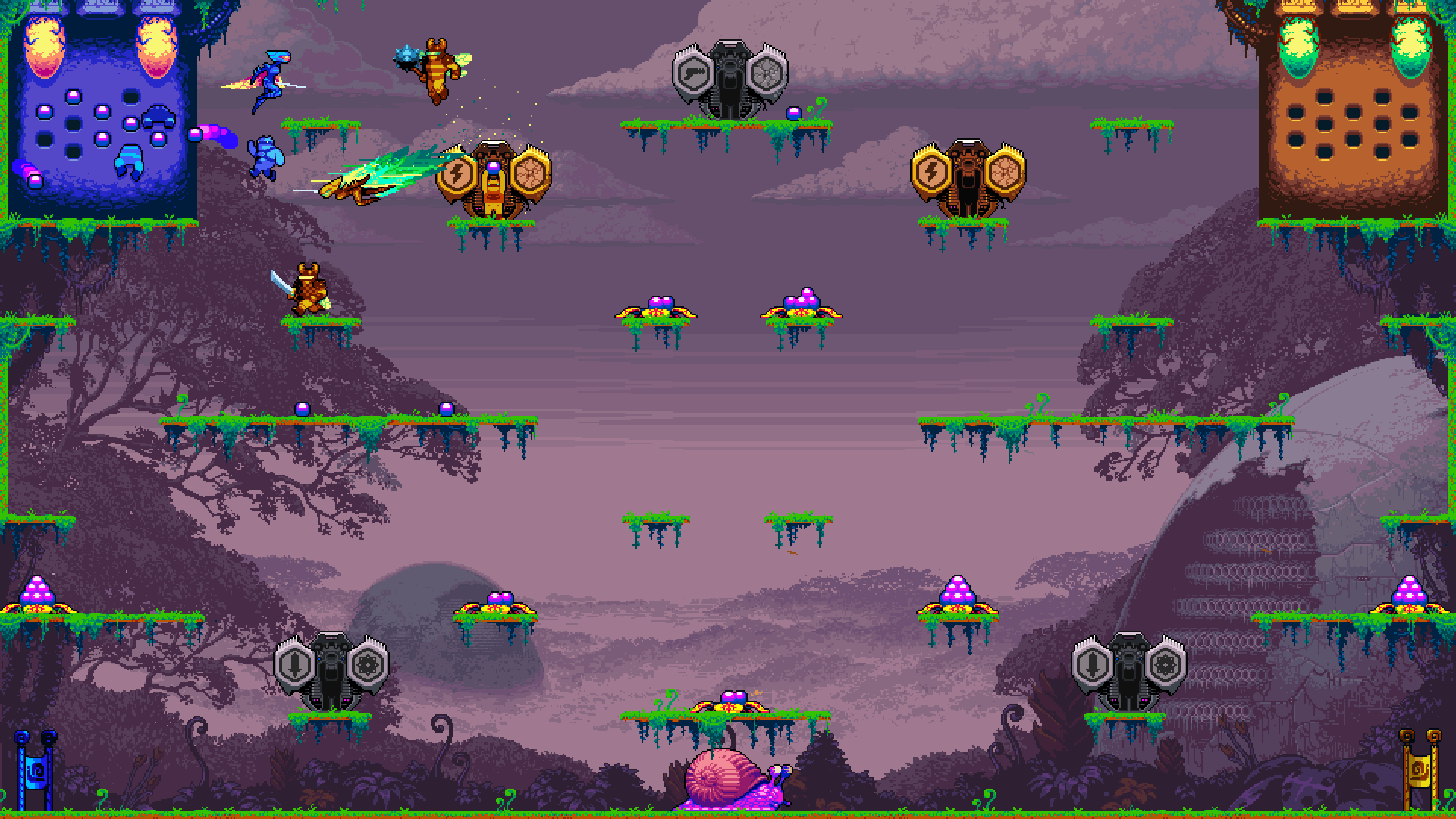 Killer Queen Black swarms onto Switch and PC this October

Killer Queen Black is rapidly approaching, and it looks like it's going to get more than just an arcade version, which is good news for anyone who can't wait to get their hands on it.

The eight-player race action platform from Liquid Bit and BumbleBear Games is finally headed to Nintendo Switch and PC on Discord and Steam this October, so you'd better polish up your platforming prowess while there's still time. Killer Queen Black is well on its way.

You can play with two Nintendo Switch systems and in local wireless mode with 4v4 matches all around just one TV, get all your friends together and form a team to play, or just fly solo with 4v4 matches that'll test your reflexes, coordination, and keen eye for strategy.

How do you rally a victory? Each team has their own three Workers and. Queen. You can kill the other team's Queen three times, collect berries, and them bring them back to base, and take the snail home. Whoever gets to three first wins. The home version of the game will reduce the 5v5 action to 4v4 and shift the visuals to a more 16-bit aesthetic, as you can see in the trailer below.

It looks like a pretty exciting challenge, especially if multiplayer titles like this are your thing. Be sure to let us know if you'll be checking it out when it drops at long last in the comments below!