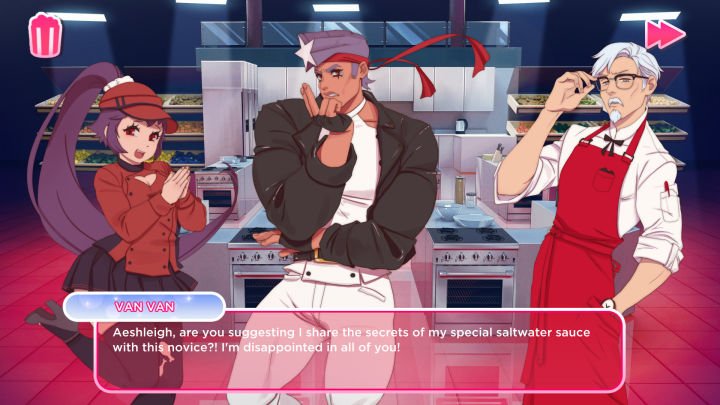 Do you love KFC? No, you don't understand. Do you really LOVE KFC? You might want to sit down for this. There's a dating sim on the way out that'll let you date Kentucky Fried Chicken's Colonel Sanders himself.

I Love You, Colonel Sanders! A Finger-Licking' Good Dating Simulator is a real game on the way out from KFC and developer Psyop. It finds you jumping into the role of a culinary student looking to make the anime zaddy version of Colonel Sanders fall in love with you. It's real, it's free, and it looks hilarious.

The game's Steam description states that you'll be able to unlock secret recipes, take part in cooking battles, and even earn your own degree from a culinary school in-game (fake, of course). But mostly, you'll be vying for the affections of the Colonel himself. The iconic face of the restaurant is joined by a whole wacky cast of colorful characters too, but there's no word on whether or not there are multiple paths you can take just yet. Wouldn't that be hilarious though?

There's a dog, a guy who looks like he's straight out of Jojo's Bizarre Adventure, and plenty more anime goodness than you can shake a drumstick at. It looks very much like something I would have loved to work on, especially given that I'm a Southern girl in Kentucky who loves chicken and anime – hey Psyop, a little opportunity next time to help you make it even more ridiculously adorable and awesome?

At any rate, you can start to cook with (chicken) grease when this free dating sim makes its illustrious debut on September 24. It looks like