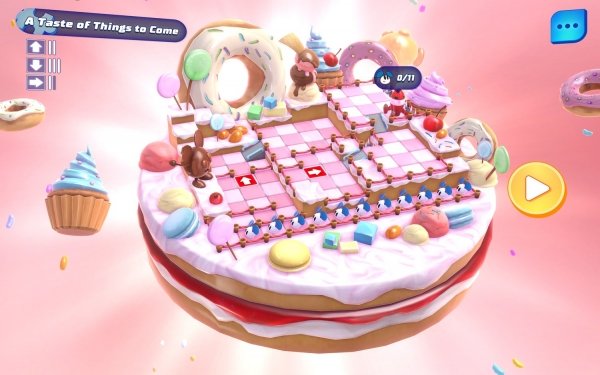 The ChuChus are back, 20 years later, with a brand new sequel to ChuChu Rocket!.

ChuChu Rocket! Universe is an upcoming Apple Arcade exclusive that's set to debut soon on iOS devices. The colorful sequel brings the mouse-like ChuChus back to duel with their mortal enemies the KapuKapus as players help them escape various scenarios by placing arrows to get them to their space rocket.

The game will now have expansive 3D worlds instead of 2D, which means there should be even more difficult puzzles, and there will be mew mechanisms as well, including switches and teleports. A variety of new environments have been added too, with many of them inspired by some of the original game's areas.

With new 3D puzzles to explore and the frantic multiplayer you all know and love, ChuChu Rocket! Universe will be launching its way onto @AppleArcade soon! #AppleEvent📱 pic.twitter.com/l3IaFRqFqi

It's still the same game, mostly, Sega assures us, so if you played in the past you should be able to jump right in and get to helping the ChuChus. The multiplayer? Well, Sega also says it's the same, which will make you want to destroy everything in your room and "block your friends for life." Maybe it's a bad thing, then.

The game is being developed by HARDlight and will join Sonic Racing on Apple Arcade, which will be a launch title for the platform. You've got plenty of time left until Apple Arcade debuts this November, so why not try out the original game to get some practice in while you wait?