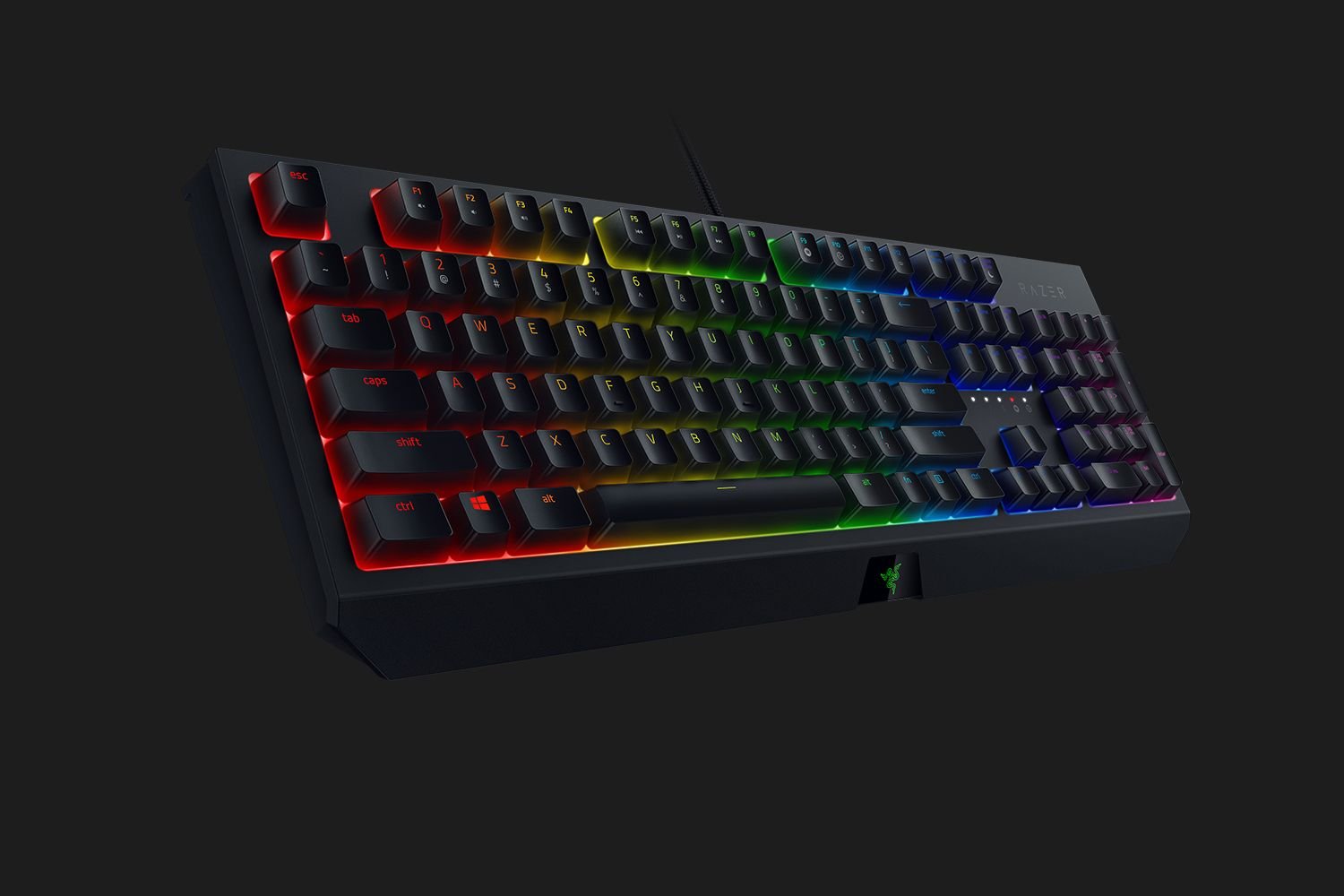 It’s tough to keep track of all the different options with gaming keyboards today. Whether we’re talking RGB customization, key configurations, profile options, or switch feel, navigating the specs on any unit can be a daunting task. With the Razer BlackWidow mechanical gaming keyboard, gamers are given a variety of options and customization settings, but is it the right keyboard to meet your personal preferences and needs?

Out of the box

I’m not someone who enjoys much fooling around with my setup. I want products that work out of the box, but I also want the option of in-depth customization if I so choose. The Razer BlackWidow hits the right points on the former. It was as simple as removing the keyboard from the packaging and plugging it into a USB port on my PC.

Of course, before plugging it in I had to spend some time judging the durability and physical makeup of the keyboard itself. It’s a standard size and feels sturdy enough. It doesn’t bend or bounce when I type, and it comes with a braided USB cable that cannot be removed from the back of the board. I don’t mind this, but some people do. If the BlackWidow is lying flat on a desk or pad, it’s got rubber padding on the four corners and bottom middle of the board to keep it from sliding around. It also features two legs that can be extended to prop the keyboard up slightly, although they felt quite cheap in the limited time I spent fussing with them.

The moment I did connect the BlackWidow to my PC, the Razer Synapse software installation appeared on my screen, which was a nice touch. It’s not mandatory, but it saved me tracking down software on the Razer website.

The Razer Synapse suite includes six additional pieces of software that can be installed, including Chroma Connect, Chroma Studio, Chroma Visualizer, Hue, Macro, and Razer Cortex. The idea is that each piece of software allows for a different form of customization, from rebinding controls, assigning macros, or adjusting the lighting across any of your Razer products. These options are standard for keyboards (and other peripherals), but I wasn’t a fan of Razer’s UI. Installing all the Razer Synapse modules is an additional 46 MB (less, actually), and could have easily been a single download that doesn’t require the average user to study each component individually.

There is a lot that can be done with the RGB options within Razer Synapse, but I’m a simple man who likes to make everything blue and move on. In the end, even though the Razer Synapse software seems to take itself a bit too seriously, it allowed me to customize my keyboard the way I wanted so long as I was ready to put in the effort.

Since just about every modern gaming keyboard will let users customize it to their heart’s desire, I’m far more interested in how it feels and performs, and this is where I start to dislike the Razer BlackWidow. It isn’t necessarily a fault of the keyboard, but each user has preferences that, if not met, could hurt their experience.

I’m coming from the SteelSeries Apex M750 that uses their in-house QX2 switch based on the Gateron Red switch that has a peak force of 45g. The Razer BlackWidow uses their in-house Razer Green Switch, and that features an actuation force of 50g. That may not seem like a lot, but since I use my keyboard for both gaming and work (like writing this review) I noticed the BlackWidow was “stickier” than I prefer. I did, however, appreciate that it was clicky, and I love a clicky keyboard.

The Razer BlackWidow is only half marketed as a keyboard for typing, though, so it’s important to note that I enjoyed my time gaming with it. When I wasn’t trying to bang out 70 words per minute, I had no beef with the BlackWidow. The change in peak actuation force didn’t bother me, and no matter if I was playing a game with a slower pace (The Long Dark) or something more intense (Destiny 2 PvP), I was able to hit each key with speed and precision. This is very important to me as someone who has only taken up PC gaming in the last five or so years and has spent a lifetime using controllers. It’s also why I appreciate that the Razer BlackWidow doesn’t come with a dozen extra keys I’m not going to use. Instead, it features Razer HyperShift, in-house technology allowing users to program a single key that, when held down, will unlock a secondary function to every other key on the board. Same functionality without the clunky design, and I like that.

Not the sharpest blade

While the Razer BlackWidow performs well enough while gaming, its Razer Green Switch is also marketed for typing, which I do a lot of. It’s simply not on the level I expect in that regard, and it often feels like the keys are sticking. If extensive typing isn’t your thing, though, I have no qualms about the BlackWidow, but gamers should always take time to learn what types of switches they prefer and what each keyboard they are considering offers.

In its simplest form, the Razer BlackWidow can be plugged in and used within seconds, but users who are looking to customize their gaming and RGB lighting experiences might be turned off by Razer Synapse and the overly involved software installation process that feels unnecessary. One might be willing to overlook such inconveniences for a top-level mechanical gaming keyboard, but unfortunately the BlackWidow fails to stand out in the crowd.

This review is based on a review unit provided by Razer. The Razer BlackWidow is available now for $119 USD.