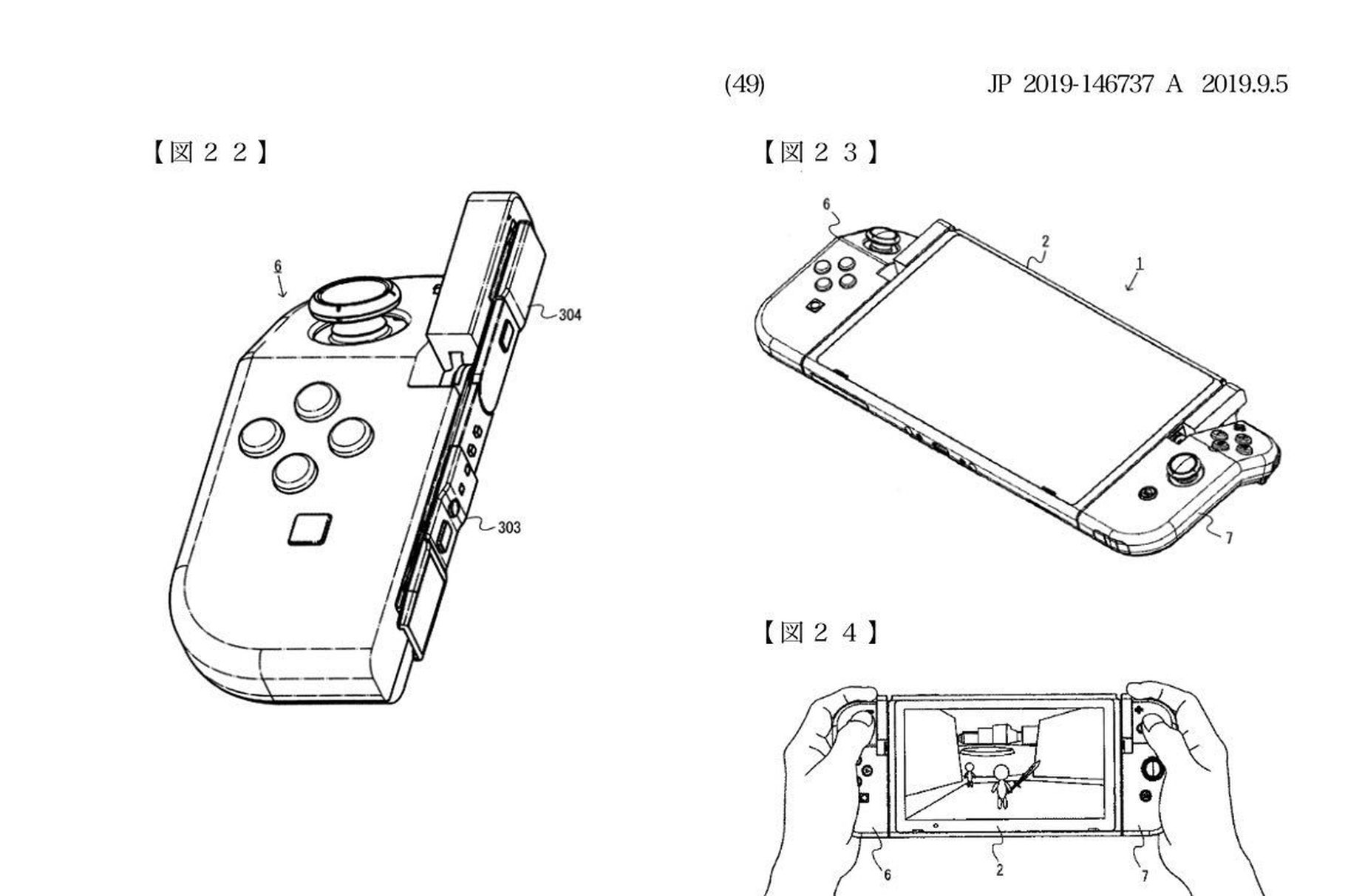 After Nintendo brought us a bizarre device that resembled something of a new version of Wii Fit, the company turned around and filed a patnt for another strange item.

A new Nintendo patent application appears to be for a pair of Joy-Con controllers with a hinge. It's unclear what exactly the hinge is for, or how users will need to play with them, but it's unmistakable how they fit into the scheme of things.

Each hinge flips up the top half of each Joy-Con controller with the left thumbstick on the left and face button on the right and angles it about 30 degrees down. This appears to hint at some sort of ergonomic improvement for the Joy-Con the way it's normally used, adding a moving hinge that can be used while flat or folded down.

This is an odd happening, especially given that Nintendo just had a Direct, but then turned around and introduced the bizarre "new experience" it showed off on Twitter. Joy-Con controllers aren't detachable from the upcoming Nintendo Switch Lite, so it's curious what these are actually for in the first place, then. Given how small the Joy-Con are originally, it's hard to imagine how this could be worth the sacrificial space being lost in the name of better ergonomics, though.

Nintendo has yet to make any sort of official comment on the matter, but it's intriguing to say the least. What does the company have up its sleeve? We'll have to do a whole lot of sitting and waiting to find out.