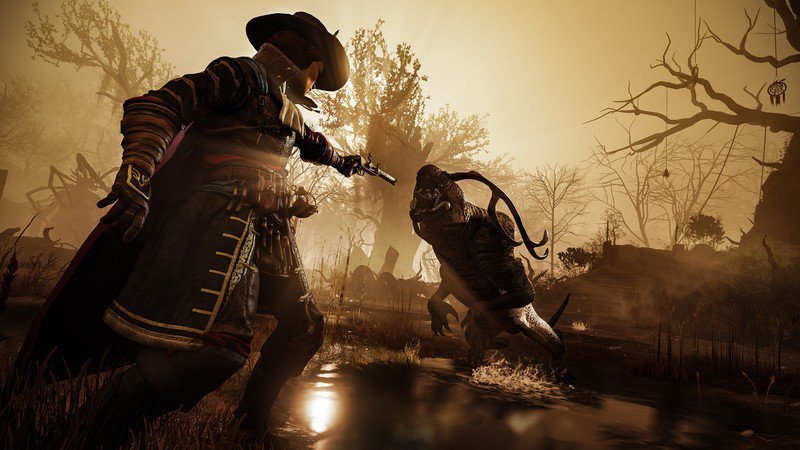 Looking for a new RPG to sink your teeth into? Spiders and Focus Home Interactive's GreedFall may be exactly what you're looking for.

GreedFall takes place on a massive island paradise rife with magic and monsters. Players take on the role of a neutral party in this Baroque fantasy game who's just arrived at an island paradise discovered by colonial forces from various fictional lands. It's rife with magic and monsters, and the plan is to colonize it. You can choose your allegiances, whether you want to work alongside the land's native Elves, or the foreigners looking to conquer the land for their own purposes.

Now that the game is coming out into the wild, you can check out the launch trailer to pore over the finer details. You'll play alongside mercenaries, treasure hunters, settlers, and other individuals who are fighting off settlers while protected by supernatural beings. It sounds pretty weird, right? That's because it is – but judging by this trailer alone, it's also extremely beautiful, at least these pre-rendered cut scenes.

If this looks like your cup of tea, you'll have to make some difficult decisions. Do you want to ally with the foreign nations who want to colonize the land, or do you want to stay on the side of the Elves, who already live there? Tough choices, but which one will you go with?

GreedFall is heading to PlayStation 4, Xbox One, and PC on September 10.