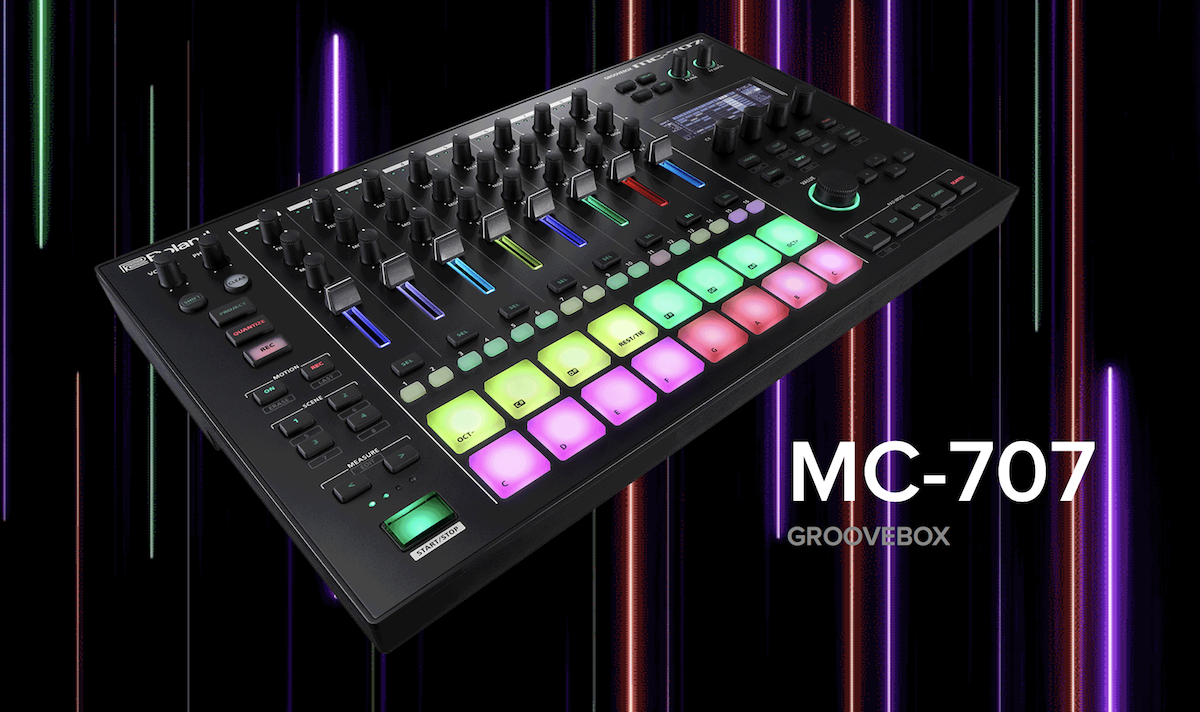 The groovebox was a peculiar device that allowed musicians to create both beats and synthesizer loops on the same device. Roland and Yamaha had both released products in the early 2000s, but software suites have largely taken over electronic music production in 2019. That was until today. Roland has announced two brand-spanking-new grooveboxes, the MC-707 and the MC-101. Please take a look at the promotional video for the MC-707.

The Roland MC-707 will offer a lot of music production options in one device. Roland promises a deep and customizable way to produce something new. Musicians can compose from a collection of built-in sounds, phrases, and beats. Users will be able to combine loops, and their own audio recordings and MIDI sequences.

The MC-707 will feature an eight-track sequencer and has been optimized by Roland for today's ever-changing electronic music scene. The TR-REC step sequencer resembles the features found on classic Roland drum machines like the good old TR-909. There are also 16 touchpads for playing or sequencing drum parts, chord progressions, or basslines. Sequencer clips will even save knob movements along with note data.

The MC-707 also features a sampler for on-the-fly recording that syncs with project tempo. Musicians can record vocals or instrument parts or even import from their own existing sample libraries. There are also some features for tweaking and mangling samples like truncating and reversing.

Maybe the most important thing about a physical groovebox is the ability to get your hands on your music production. Each track has a fader, and knobs can be assigned to control whatever you need. Roland claims that the 8x2 pad array will not only be great for composing drum loops, but entering melody and chords with velocity. The pads can also trigger MIDI and audio clips.

The MC-707 was built with computer music production in mind. The advanced USB interface will make the device a welcome addition to production setups. Musicians can record all eight tracks to individual DAW tracks. Sampling sounds from your DAW is also a possibility with the groovebox's USB functionality.

Roland also announced the MC-101 groovebox today, which is a smaller and more portable machine than its bigger sibling the MC-707. Check out this MC-101 announcement video.

The Roland MC-707 will cost $1000 and the MC-101 will be priced at $500 at launch. I will definitely be picking up an MC-707 (or two) when they ship. Today's announcements of new grooveboxes are great news for fans of analog music production and it is great to see Roland continue to push this product category further.