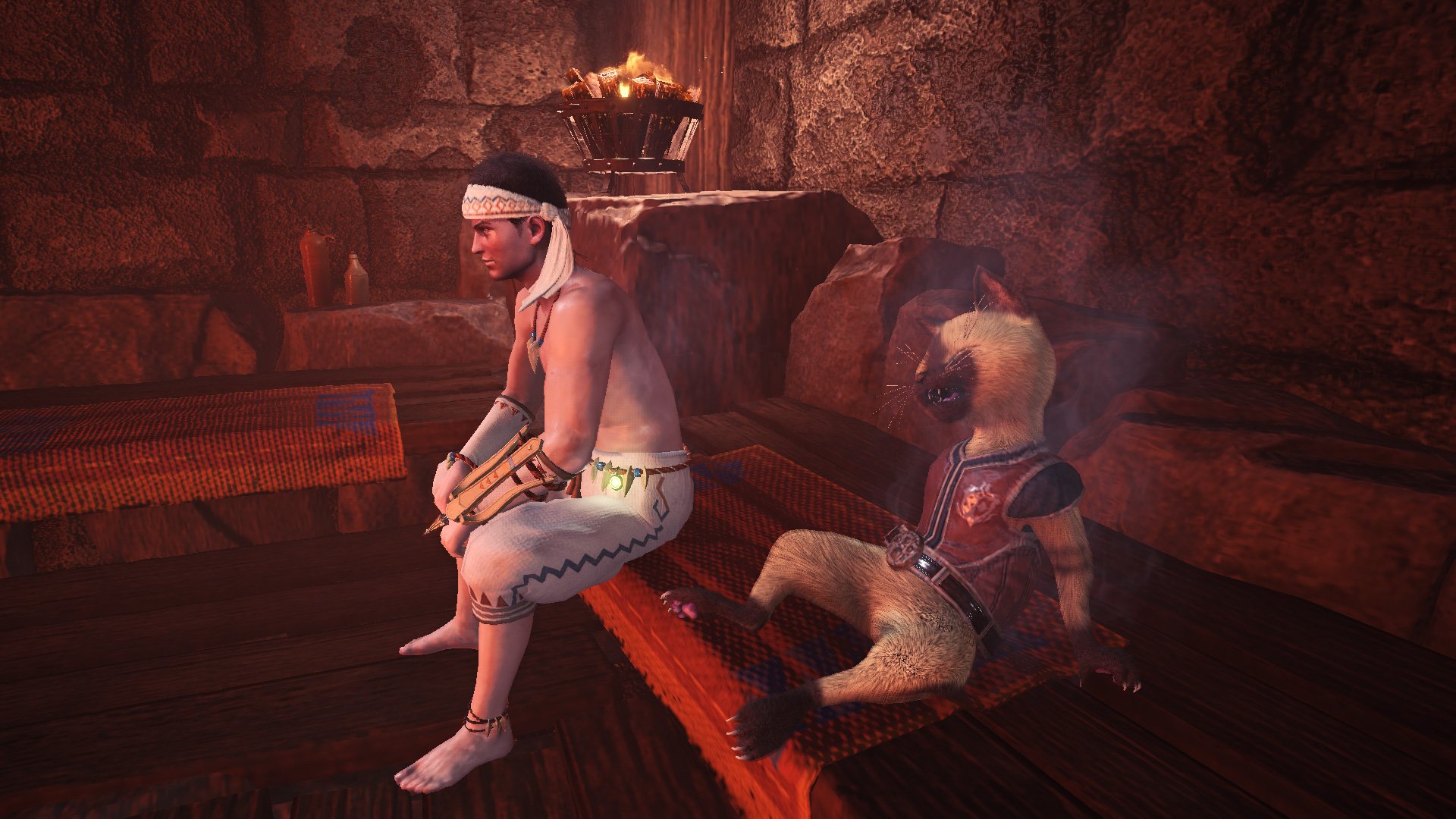 Each time I return to Monster Hunter World after an extended layoff there’s a feeling of being lost and overwhelmed by the content and mechanics. There is so much to do and so many moving parts to learn that it can almost feel like chaotic, randomized game design. Upon my return each time, though, there’s always a moment where it comes together, and I remember what makes Monster Hunter World great. It’s a perfect example of a game that rewards players who pay attention to detail and buy into the idea of doing things right.

I need an adult

When I say that I get lost in Monster Hunter World every time I return to it, that’s no exaggeration. After initially playing and reviewing the game on PS4, I took a break and hopped back in for the release on PC. Between those two blocks of play time I sunk 300 hours into Monster Hunter World, a drop in the bucket compared to some. You would think that 300 hours would be enough to know what’s going on when a DLC launches, and I’m sure my experience helped, but anyone who isn’t actively playing should expect a period of information overload. A haze like the moments before that morning coffee gets you thinking with a clear mind.

The first things I took note of were the Grappling Claw and Master Ranks. The Grappling Claw is a new way for players to mount monsters, allowing them to change its direction or deliver a devastating attack. It requires stamina, though, and agitated monsters can throw you off and cause some serious damage.

After puttering around Astera and getting my bearings, I headed out on the first quest of Iceborne. This introduced me to Hoarfrost Reach, a new winter location in Monster Hunter World. It also brought me face to face with my first new monster, Beotodus, who loves to dive under the snow and swim around like a shark with its fin poking above the surface. What ensued was a 42-minute battle where I didn’t have the slightest clue what weakness (Fire, Thunder, Dragon, etc.) this monster had, resulting in me carting (fainting) several times.

This was also where I learned about the impact cold weather has on Hunters and how the new layered armor system works. While layered armor is just about cosmetics, allowing players to look the way they want without sacrificing their unique builds, the cold has a serious gameplay impact that must be dealt with on a constant basis. I did not manage this well on my first hunt of Iceborne, leading to my stamina being reduced and a tougher fight than I should have had (42 minutes).

Truthfully, I left that first hunt, and even the one after that, quite frustrated. Monster Hunter World is a game that requires preparation, understanding, and attention to detail, and I didn’t manage any of those correctly in my first hour or two of Iceborne. It wasn’t until I slowed down and put in the required effort that things turned around.

The hunted becomes the hunter

A short way into Iceborne I was tasked with hunting two variant monsters, which players will recognize as monsters they’ve hunted in the vanilla game, only with a twist. The first was a Nightshade Paolumu. This thing almost looks like a Paolumu, but it can breathe a gas that, if a Hunter is caught in, will knock them out, leaving them very vulnerable to attack. Even though the Paolumu is one of the easier monsters to slay, I failed this quest because, as a solo player, I couldn’t get a break from its focus. This was the most frustrated I can recall being in Monster Hunter World, Iceborne or vanilla. This is also what helped me turn the corner and get hooked on the game again.

I headed back to Astera and spoke with the Smithy. Browsing through what I could craft I found the Sleep Charm, and its description (at its highest level) prevented Sleep. Unfortunately, I was missing a few minor resources to complete the crafting, so I decided to pause my progression through Iceborne to deal with a major blocker in my path. After an hour or so of hunting down some specific resources from some original monsters, I was able to craft the Sleep Charm III, and I headed back out after the Nightshade Paolumu.

It wasn’t a flawless run, but I took down the Nightshade Paolumu with a single attempt and without carting once. I walked confidently through its pockets of sleep gas, eliminating a huge reason I failed the first time. That is the beauty of Monster Hunter World, and Iceborne continues with the same formula. Every monster and environment will present unique challenges, and in the early hours of the game this can feel overwhelming, but there is always a path to success. It’s not usually handed to the player, but if a Hunter is willing to take the time to understand the challenge, plan their approach, and stay focused on the smaller details, the reward is as good as anything in gaming today.

Monster Hunter World: Iceborne does exactly what it’s supposed to do. It builds on everything that came before it without losing any of that Monster Hunter World charm. Players that love the base game will love this expansion, and if it wasn’t for you before, it’s not for you now. It’s got as many moving parts as it always has, but new locations, hubs, gadgets, weapons, armor, layered armor, monsters and monster variants all combine to enhance the experience. It’s like installing a new air conditioner in your house; it still feels like home, but it’s a hell of a lot colder now.