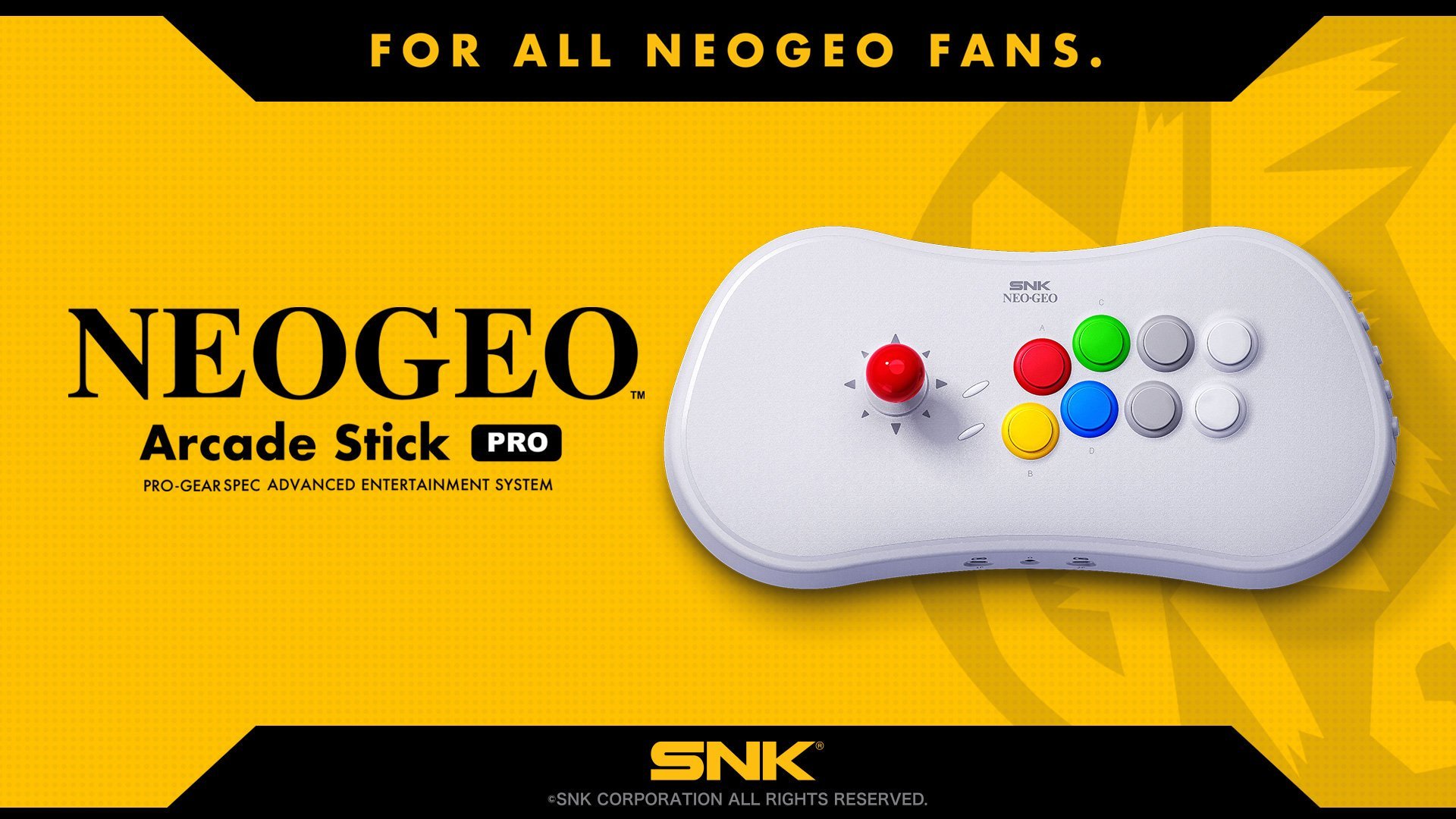 SNK is coming back in a big way. Fresh off the heels of the NEOGEO mini, the NEOGEO Arcade Stick Pro will be coming down the line very soon.

The announcement happened on Twitter, with NEOGEO describing the upcoming stick as "stylish and unique," but we don't know much else about it just yet. Other than the fact that it's brand-new and it's being touted as a "pro-gear spec advanced entertainment system," it looks like your run-of-the-mill arcade stick. But certainly there's more to it than that.

Continuing off the NEOGEO mini comes a brand-new NEOGEO product!
Introducing the NEOGEO Arcade Stick Pro! This stylish and unique fighting stick is based off the NEOGEO CD controller! #SNK #NEOGEO

With the NEOGEO mini and this new arcade stick, it certainly seems as though SNK could potentially be gearing up for another potential hardware release. We don't know quite what to expect just yet, but these little teases here and there make it seem like it could be something to look out for. Could a new generation of NEOGEO be on the way? We'll have to wait and see.

For now, it's probably a good idea to keep an eye out on the NEOGEO Twitter and social media feeds, because outside of information shared to the press in the future, that's where we'll get any additional updates on the arcade stick or new hardware in the future. We'll keep our ears to the ground, and will let you know what's next and when you can preorder this bad boy. Right now, there's no word of a release date or preorder information.