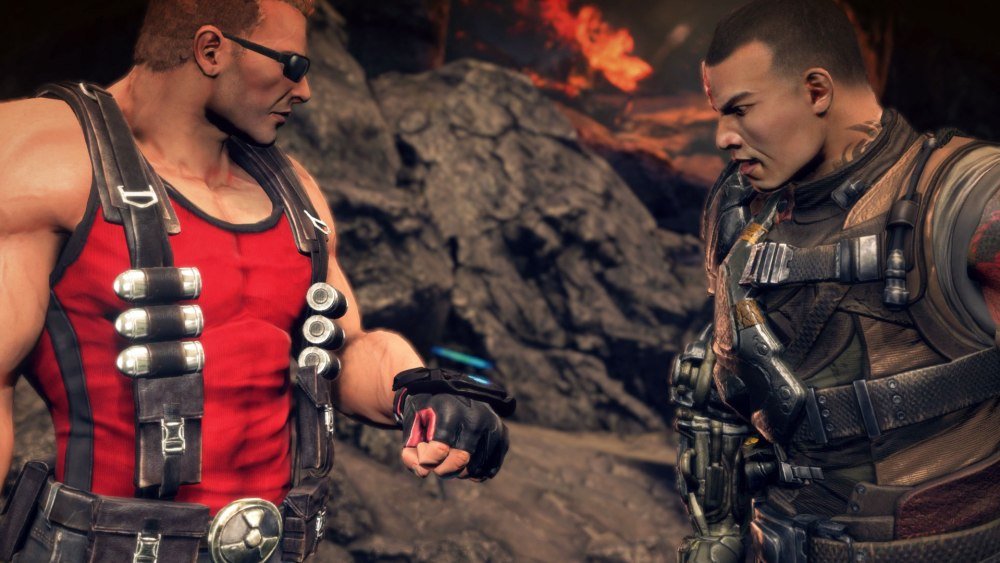 Bulletstorm: Duke of Switch out now on Nintendo eShop

Ready to kick ass and chew bubblegum as Duke Nukem in Bulletstorm? Well, get ready to do it all over again on Nintendo Switch.

Bulletstorm: Duke of Switch Edition has launched as a bit of a surprise on the Nintendo eShop today for $29.99, meaning you can jump in right now and start totally owning as Duke himself. Hail to the king, baby.

This version of the game, which is basically a handheld version of the one on PlayStation 4, Xbox One, and PC as the Bulletstorm: Full Clip Edition, will feature Duke Nukem as a playable character that you can complete the entire game with if you wish. Awesome, right?

Shacknews previously reviewed Bulletstorm what feels like ages ago. Here's what our reviewer at the time thought:

"Personal taste is going to dictate how much you can take from the characters throughout the ten hour single-player campaign. For the first few hours I shook my head at the game's writing in favor of having fun with its mechanics, but soon I started to get into it. Beyond the campaign, Bulletstorm includes a single-player, score-based mode called Echoes. This mode takes pieces from the game's levels and grades players based on completion time and Skillshot points. It's a nice addition that gives players the ability to rank themselves versus their friends list. There is also a wave-based survival mode called Anarchy for up to four-players. The draw here is that players can combine for team Skillshots."

What are you waiting for? It's time to get your Duke on! Be sure to head to the Nintendo eShop and take care of that now. There's a long weekend ahead, you know.