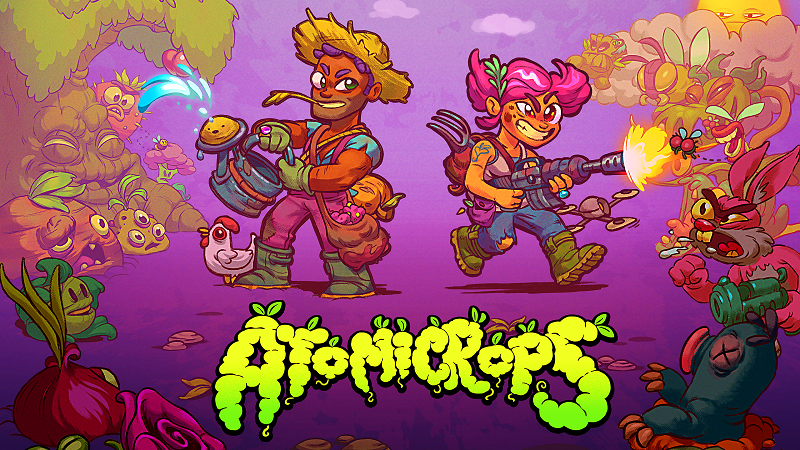 You need Atomicrops, which is about to be ready for an early harvest, or release in this case, for the Epic Games Store on September 6. Given that the tagline is "Farm. Marry. Kill."P you should know that a large portion of the game has to do with interacting with other characters,

You've inherited the last farm of the apocalypse, and it's your duty to grow crops to sell to the townsfolk, grow roses to woo "local suitors," and square off against the terrifyingly large vegetables and fruits that are growing in your farm before they eat you.

For the first week Atomicrops is available, it will be 50% off to start with, and then the discount will continue to go down a bit each day. That means you should try and get in on the action as soon as possible so you can get it for the best price available.

In the meantime don't...eat the vegetables? It looks like you might be in for a pretty bad deal if you do.