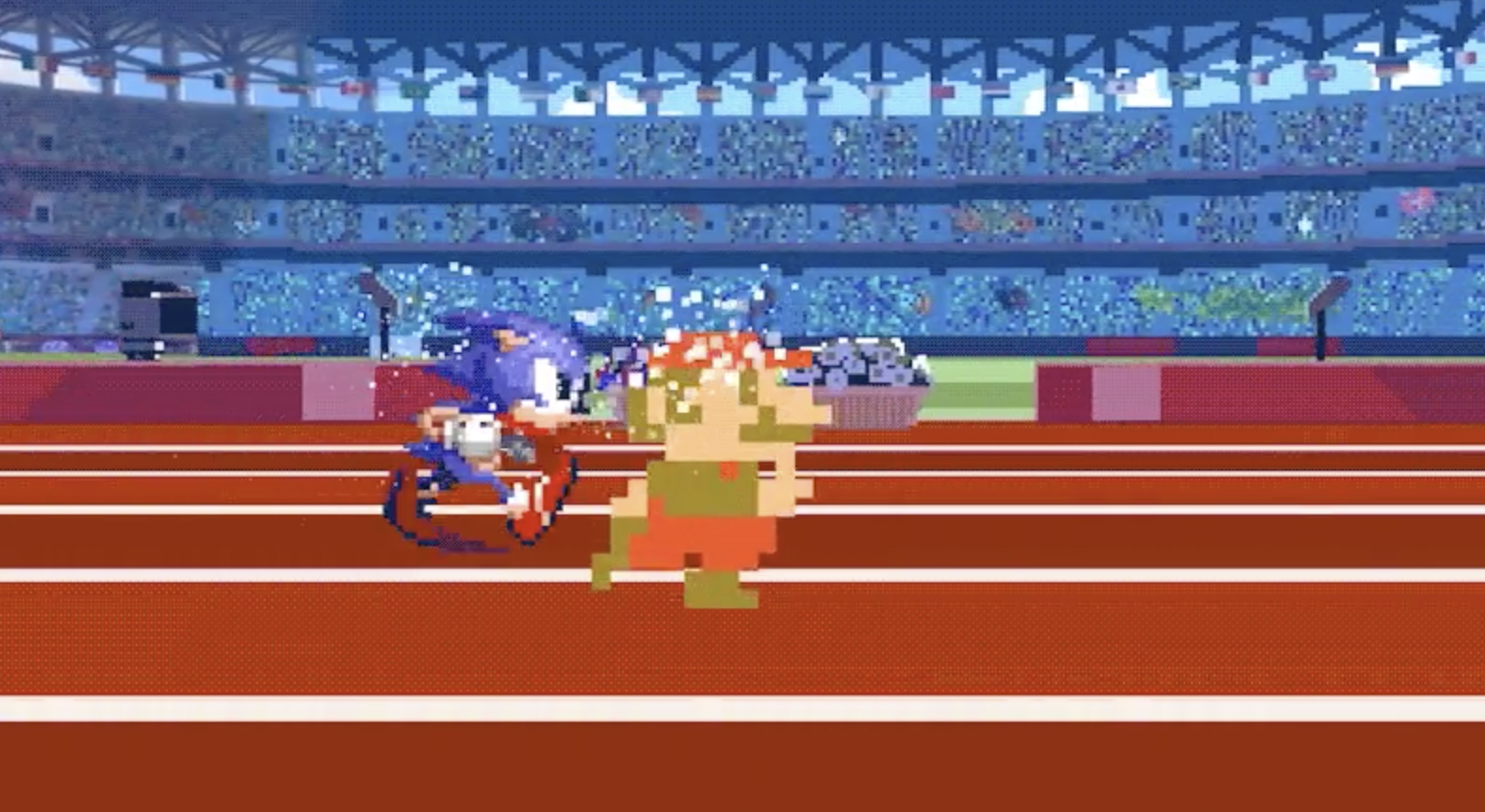 Mario & Sonic at the Olympic Games Tokyo 2020 are taking it back – all the way back.

The Olympic-sized collection of mini games that test Mario and Sonic's mettle looks like a blast, especially when you consider the

Mario & Sonic at the Olympic Games Tokyo 2020 will feature a fun new feature where ten sprite-based 2D events can be selected instead of the normal 3D adventures. You get to play as pixel versions of your favorite characters on a special 2D plane, which looks absolutely hilarious and adorable. Who need realism, anyway?

Here are all the 2D events you can look forward to:

It's got some fun throwback vibes that you'll be thrilled about seeing when you take on the game this November when it debuts on Nintendo Switch. Just make sure you break out the ol' Track and Field or one of the older Olympic Games titles to get some practice in, as the competition is fierce between Nintendo and Sega favorites. It always is, and always has been.

It's going to be a sight to see, though. After skipping the Winter Olympics last year, gaming's most iconic rivals will be joining forces once more to promote the newest event, which should delight fans.Mario and Sonic will be competing in a wide variety of track and field events as well as other various sports seen in the Olympics. The pair first got together for an Olympic video game 11 years ago in 2008 on the Wii, which ended up selling around 10 million copies – people couldn't get enough of seeing the longtime dueling mascots together in their own game together.

Now time has brought them back together again, and on the Switch, no less. We can't wait to get our hands on this game. Will you be picking up a copy as well?