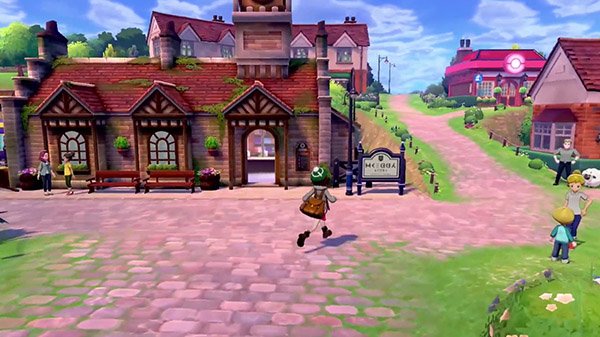 We're just a few months out from Pokemon Sword and Shield hitting Nintendo Switch, and that means plenty of new footage and information about the games is going to continue flooding out until then.

We're right in the middle of Gamescom 2019, and as such Nintendo has seen fit to gift us with a new message from Pokemon Sword and Shield director Shigeru Ohmori, who brings us a glimpse of a new town in the Galar region we can look forward to exploring.

The video shows off one of the newest towns you can head into, where you'll find the Pokemon Research Lab and Professor Magnolia, who will be researching the Dynamax phenomenon there. You also get to see one of the other main modes of transportation, the train station. You can use them in addition to Corviknight's Flying Taxi service to get around.

There's new footage of the game's Pokemon Centers, too. They look a little different than what we've seen in other games, but they still sport a recognizable motif that you'll spot immediately. There are several shops and boutiques found throughout Galar, as well as people and Pokemon working together and living in harmony.

Pokemon Sword and Shield are headed out to Nintendo Switch on November 15, when you can pick them up in tandem as part of a special package or separately, though let's be honest – you're going to want to have both of them if you ever want to "catch 'em all," at least as far as what this game's limits will allow.