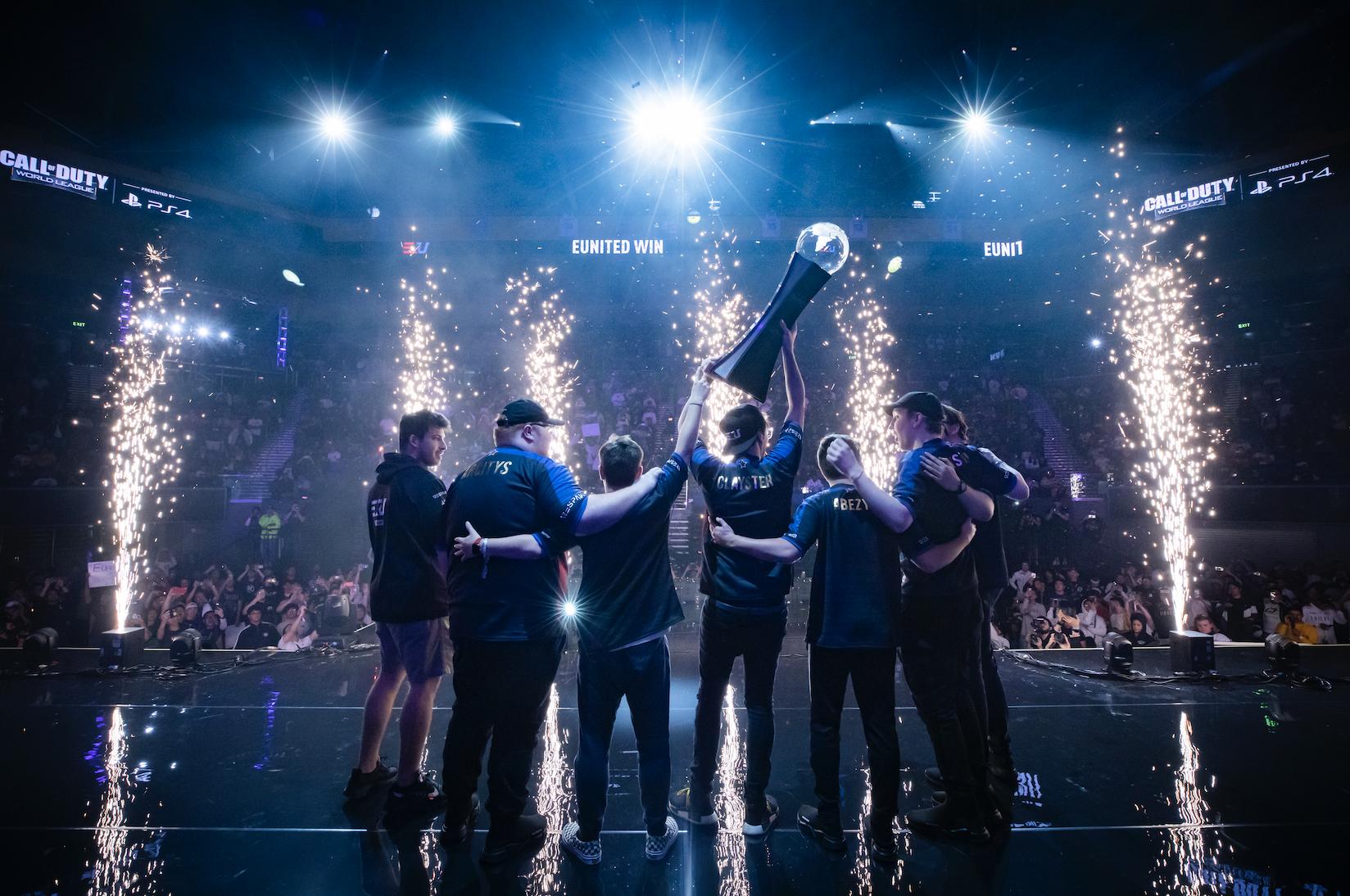 It’s been a wild weekend here at CWL Champs 2019. Everything culminated in championship Sunday where the final teams played through the remaining matches of the winners and losers brackets.

The day opened up with 100Thieves vs Team Reciprocity on the mainstage for a spot in the losers semifinal. This is the fourth team 100T has had to take on since they fell to the losers bracket on friday. They managed to keep their hot streak alive and claim another team as they eliminated Reciprocity 3-1. On the Bravo stage, we saw Enigma6 face off with Units for similar stakes. Enigma6 found little resistance pulling out the W as they won the series in sweeping fashion.

Enigma6 met 100Thieves in the losers semifinal, with a chance at the loser of Optic vs eUnited on the line. 100T made handy work of E6 on the Bravo stages final series of the weekend as they took the series 3-0.

While this was going on, OpTic Gaming and eUnited met on the mainstage for the winners finals. The Green Wall started off strong, they took the first map 1-0, and was leading the second map (search & destroy) 5-3 when the tides turned. eUnited put on an absolute clinic to come back and win the series 3-1 and send OpTic to losers where they’d play 100Thieves.

The end of an era

100Thieves vs OpTic gaming was a series that most of us hoped to see during championship weekend, and one that could’ve easily been a grand finals matchup. Instead, the two titans meet in the losers finals with everything on the line. For the winners: a trip to the grand finals for a shot at the trophy and $800K. For the losers: a one way ticket back home.

The level of excitement and hype here at UCLA for this matchup cannot be understated. 100T and OpTic have some of the biggest and most passionate fanbases in Call of Duty, so you can imagine the intensity when the two squads converged on mainstage. Although there was some solid competition, 100T made quick work of OpTic and officially eliminated them from the Call of Duty World League Championship.

There’s a sense of poetry seeing 100Thieves, an organization founded by Nadeshot snuff out the organization he played such a vital role in taking to the next level. 100Thieves secured a spot at the grand finals, but OpTic gaming has just played their final series before the team dissolves entirely.

eUnited vs 100Thieves in the grand finals for the title of Call of Duty World League champions was nothing short of epic. Since they were coming from the losers bracket, 100T would need to beat eUnited in two consecutive five game series to steal the championship, while eUnited just needed to take the one series. The two squads traded victories until they found themselves knotted up at 2-2, with one last match of search and destroy would be the big decider. eUnited pulled away in the end and took the map, closing out the series 3-2. eUnited are officially your CWL Champ 2019 champions. Simp put on a clinic with his sniping game, picking people off like he was in combat training all weekend. This effort was enough to earn him the MVP award.

This is the final Call of Duty World League championship in its current form before the league transitions to a franchising format (similar to Overwatch League) next season. This weekend was a perfect way to end an era, and it’s one that’ll stick around the Esports collective conscience for a long time.