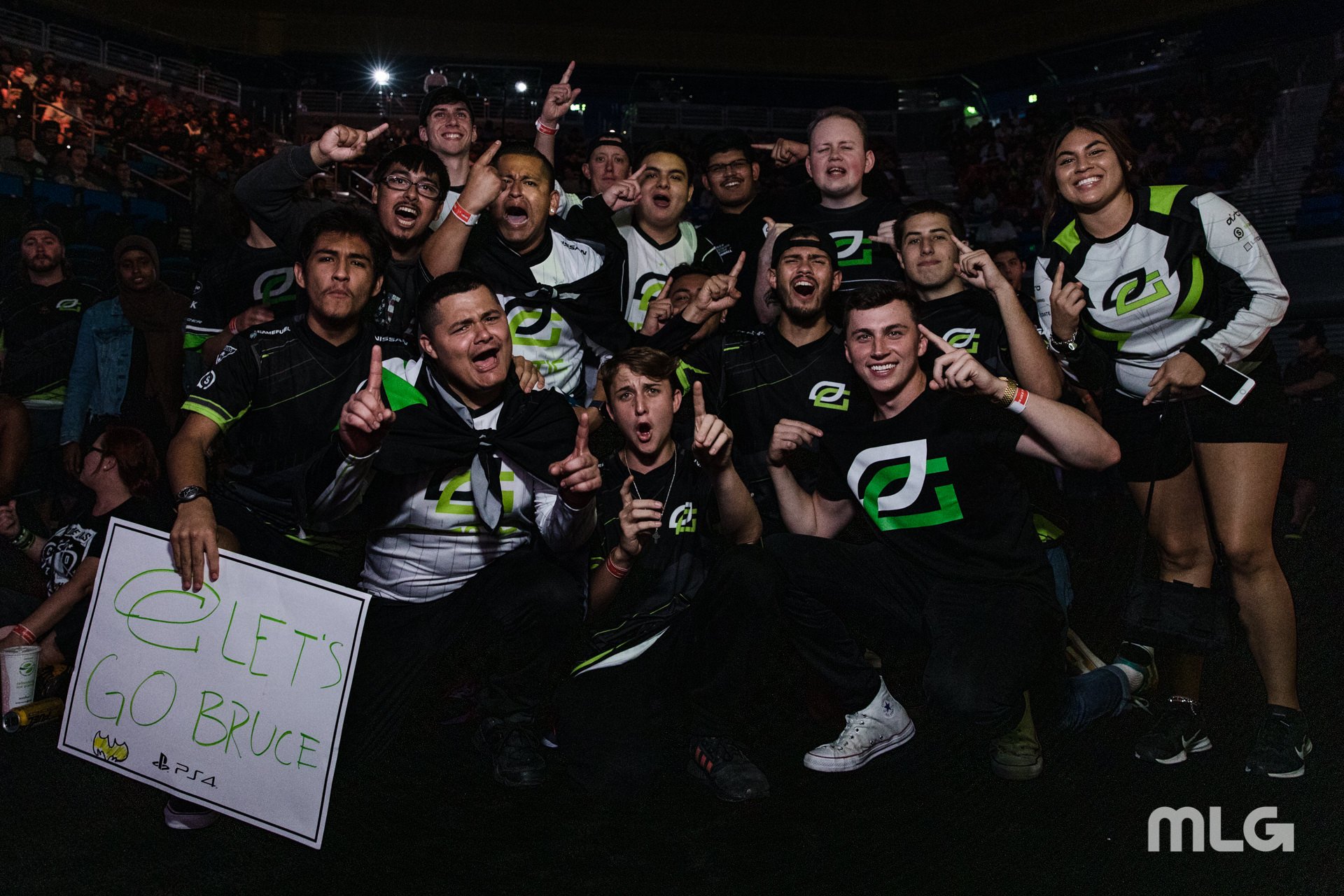 It’s day two here at the Call of Duty World League Championship, and the schedule was packed from top to bottom with promising matchups. The best of the best converged at UCLA to continue their quest to grab a piece of the $2,000,000 prize pool up for grabs at CWL Champs. We’re here to give you a full rundown on how everything transpired throughout the day.

OpTic took the early series against Enigma6 to advance to the third wave of the winners bracket. Although E6 was able to steal a game 11 victory to secure a win on search & Destroy, the green wall came up big time in control and hardpoint to win the series in 4 maps. A strong effort from Dashy, TJHaLy, and Scump helped to keep OpTic’s final run in the CWL Champs alive.

OpTic came back for seconds in the final match on the mainstage today when they faced Team Reciprocity. Though Reciprocity fought well, OpTic was able to win the series 3-1 and advance to the winners finals.

Coming off the heels of their epic reverse sweep to eliminate FaZe Clan last night, 100Thieves hit the main stage once again to take on Sicario. The first map was a game of Hardpoint, although 100T has proven to be a little inconsistent in the game mode, they were able to score a commanding 250-186 win and go up 1-0. The two squads met in Arsenal in game 2 for a match of Search & Destroy where things really came down to the wire. With both teams at 5 rounds a piece, we went all the way to game 11 to determine who’d take the second map of this loser’s matchup. Sicario handled their business and tied the series up 1-1. The 100T gang hunkered down and snatched the next two maps easily, winning control 3-0 and hardpoint 250-57.

Later on, 100Thieves made their way to the Bravo stage where they played against Evil Geniuses. Fresh off their loss to eUnited, this was a must win for EG if they wanted to keep playing games at CWL 2019. Unfortunately for them, the momentum 100T had garnered was too much to handle, and EG fell 3-0 as 100T’s blaze through loser’s continues.

After losing to OpTic in the morning, Enigma6 fell to the loser’s bracket where they met Team War. After quickly going down in the series 2-0, E6 managed to hold strong in control to cut the lead 2-1. They took the drama a step forward by securing another win in hardpoint where they evened things up 2-2. It all came down to a match of Search & Destroy. With both teams in the loser’s tourney, they knew it was win or go home. Enigma6 won search & destroy 6-3 to pull of a reverse sweep of their own and eliminate Team War.

After a back and forth day yesterday, Luminosity went head to head with Team Singularity in round two of the losers bracket. Team Singularity opened the series with an early 1-0 lead after they took the first hardpoint map. Afterwards, Luminosity found their rhythm, winning three straight maps of search, control, and hardpoint to advance another round and boot Singularity out of CWL Champs. Luminosity met their own demise when they were defeated by Enigma6 in a series that went the full five games.

Both days of the CWL Champs have been packed with surprises, heartbreak, and memorable moments. So much has happened, that it’s hard to believe we’ve still got an entire day left of competition tomorrow. Stay tuned for when we crown our Call of Duty World League 2019 Champions.