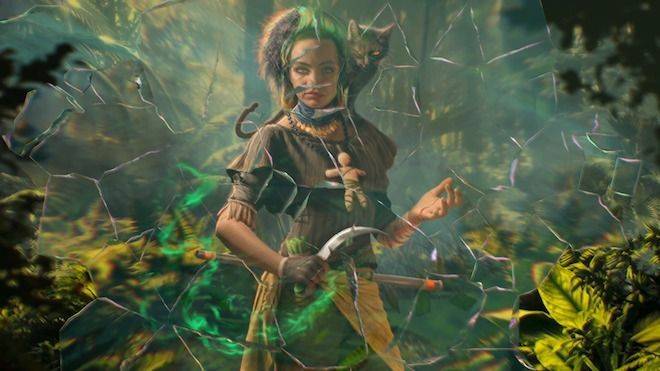 Get along, little dogie, and check out the latest trailer for Desperados 3, which features a brand new character: Isabelle Moreau.

The New Orleans born-and-raised gang member has "mastered the occult techniques of Voodoo," and as such will use them to control her enemies from the inside. While doing this, she can also put a "dark bond" in place between two enemies that will ensure they share the same fate. That means if she happens to kill one, the other will die along with them from the same thing. Fitting, right?

Of course, Isabelle has to pay the price to be able to do this. She must offer a blood sacrifice any time she uses her powers, and not just anyone's blood – her own. See her in action bringing her voodoo power to life in the trailer below.

Desperados is a story-driven hardcore stealth game that takes place across a wide variety of Wild West-inspired stages. It's a prequel to the classic game Desperadows: Wanted Dead or Alive. As far as when you can expect it to debut there isn't a concrete date just yet, but it'll be on its way out to you soon on PlayStation 4, Xbox One, and PC this year, partner.