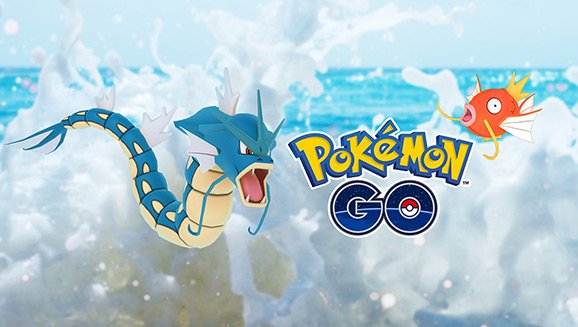 An exciting annual Pokemon Go event has returned in the form of the Water Festival, and it's going to get down to business later this month.

The Water Festival will "make waves" starting Friday, August 23 throughout Friday, August 30, and during that time, you can start looking for awesome Water-type Pokemon that can be found in Eggs, via raids, Field Research, and in the wild.

While searching the wild, you'll find monsters like Magikarp, Wooper, and Wailmer, which will begin appearing more frequently in Pokemon Go. You'll also be able to find monsters like Wartortle, Poliwhirl, Lapras, Mantine, Feebas, Piplup, and Finneon around the beach. You could also potentially find a Shiny Carvanha or Shiny Barboach if you're lucky. But it's not just extra monsters out there waiting to be found. You'll get double the Candy from hatching eggs, and Water-type Pokemon will be more likely to hatch from them.

Raid Battles will feature familiar Pokemon like Lapras, Vaporeon, and Blastoise, and then the three Sinnoh Legendaries Uxie, Azelf, and Mesprit will be heading to five-star raids during this time for just one hour on August 28 at 6 PM to 7 PM local time. You can also have your Crawdaunt or Kingler learn the Water attack Crabhammer, which was previously unavailable in the game until now.

Will you be partaking in the week-long celebration of everything water Pokemon? Let us know in the comments below!