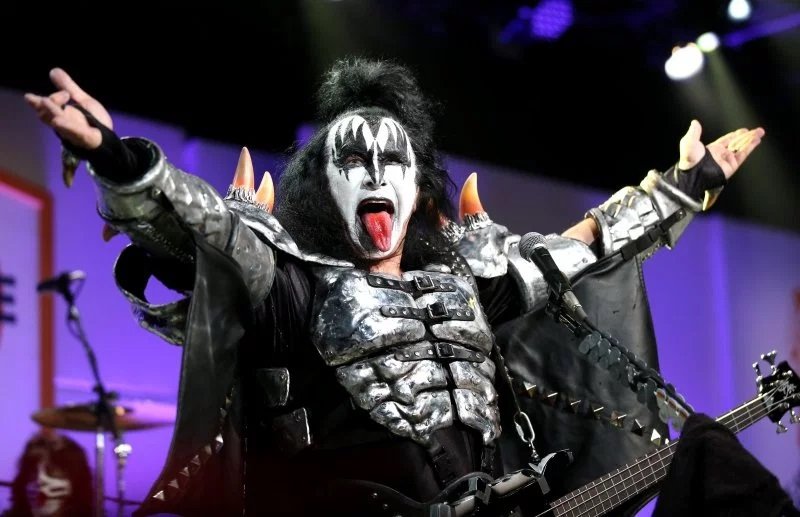 Gene Simmons is flattered by his Pokemon lookalike Obstagoon

KISS frontman Gene Simmons is well-known for his rather long, curled tongue that he doesn't hesitate to whip out on every occasion.

Now, one of the biggest names in rock is being immortalized in Pokemon: Sword and Shield – at least, unofficially. One of the latest Pokemon revealed during this week's new trailer for the upcoming Switch game, Obstagoon, bears a striking resemblance to Simmons.

KISS fans took to social media to comment on how closely the Pokemon looked to the rock god, and Simmons himself even looked flattered. He immediately responded to a fan who tagged him in a tweet "welp" to the hilarious comparison.

Later, he clarified in a comment to Newsweek that he was actually flattered by the Pokemon.

"Pokémon has been a part of our household for decades, ever since our kids first discovered them," he said in a statement. "And to see Pokémon pay homage to Kiss, is flattering."

It's hilarious to see Obstagoon, with its goth attire and tongue sticking out, but there's been no official comment that it was based on Simmons. Still, you've gotta admit – it was likely on purpose.