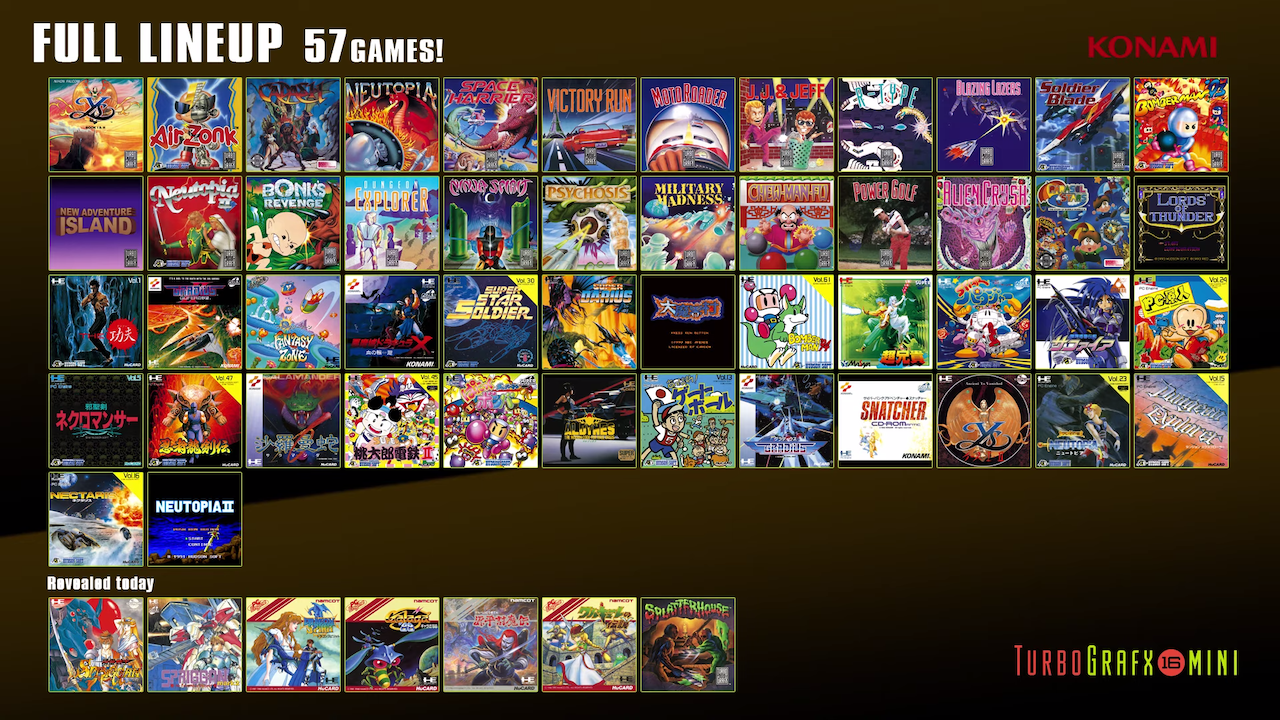 Konami's new miniature console, the TurboGrafx-16, is looking as cool as ever. And now we finally have a better idea of what games will be on the system, as the company has divulged its final line-up...after everyone's already been locking in pre-orders, naturally.

The new compact version of the 1987 console classic will be available for $99.99 when it debuts on March 19, 2020 as an Amazon exclusive. If you've been waiting for some sort of indication when it would be available so you could add it to your collection of other diminutive consoles, you should probably go ahead and secure yours before they run out of stock for good.

You can check out the complete lineup of which games to expect on the system in both English and Japanese below:

Here's a complete list of the 25 TurboGrafx-16 games in English you can expect to see on the console:

As far as the PC Engine games available, there are 32 different titles in Japanese that will be on the system:

The systems first went up for pre-order on July 15, or Prime Day to the rest of us deal-hungry mongers out there. If you're still interested in buying one you can still nab one, but you'll have to hit up other retailers to get the region-specific ones you're missing, since North American buyers will only get the TurboGrafx-16 instead of the PC Engine and Core Grafx consoles.

Which games are you most excited to get a chance to play?