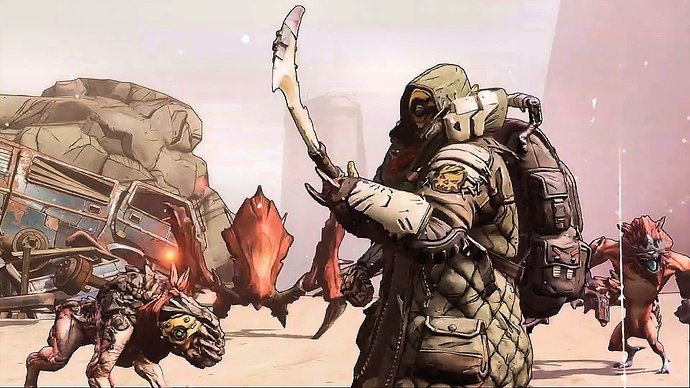 Looking forward to the next entry in the Borderlands saga? Check out the latest character trailer for the game, which introduces the Beastmaster Fl4k.

Fl4k is more than just a Vault Hunter – he's an "emergent AI" with three pet companions to help him run down and eliminate his prey, or in the game's case, any of the enemies who want to take all your loot and be a general PITA, as Borderlands enemies are wont to do. This is the latest character trailer to debut after Amara, Moze, and Zane over the past few weeks, each a new way to get to know the Borderlands 3 cast better.

Previously, Shacknews' Ozzie Mejia went hands-on with Borderlands 3. Here's what he thought about his time with the game:

"Outside of our own hands-on time, there was plenty to see with the developers and their own hands-on demonstrations. The devs showed off the early portions of the game, where players were reunited with beloved (?) Borderlands mascot Claptrap. Beyond introducing the various Borderlands mechanics, Claptrap explains that there's a new cult on Pandora and the goal is to put an end to their uprising. Of course, Claptrap looks to do it in his own Claptrap way and gets himself in a lot of trouble, leading to some firefights against bandits, badasses, and a cult leader named Shiv. Yes, Borderlands will be filled with its fair share of colorful villains. One such baddie came in the tail end of the developer demo in the form of Mouthpiece, a brute wielding a shield with an audio equalizer. He would take on players in his chamber filled with giant speakers, which would frequently explode and make the fight a little more difficult."

Can't wait to sink your teeth in? The game is set to roll out officially on Xbox One, PlayStation 4, and PC on September 13.