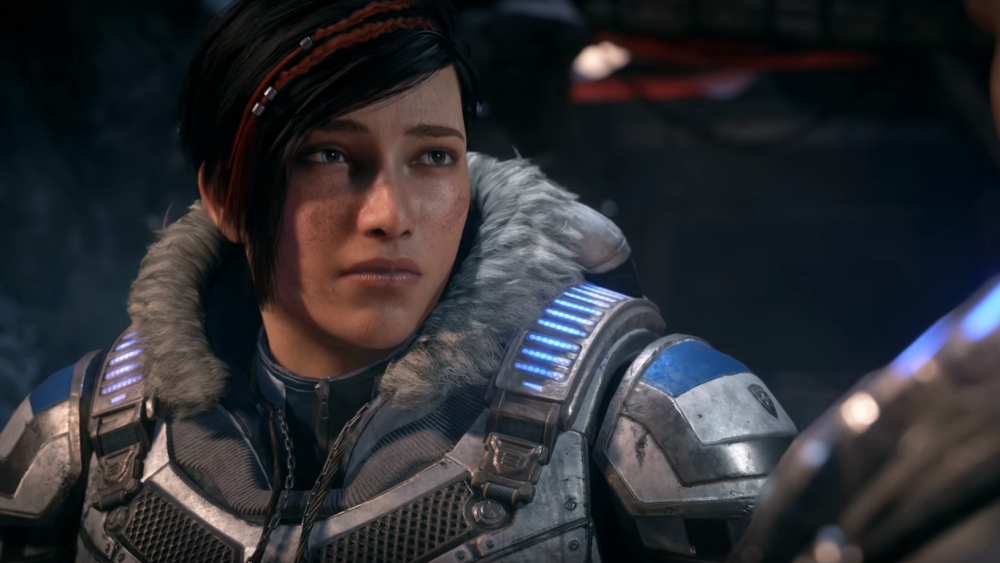 Gears 5 is about to debut during its own Emergence Day this September, and it's not very far off.

To celebrate Gears 5's impending release, Microsoft has revealed the Xbox One X Gears 5 Limited Edition Bundle, which is the first Limited Edition Xbox One X since the Project Scorpio Edition debuted. Designed by The Coalition and the Xbox Industrial Design Team, it's available for preorder today and features dark translucent casing with laser-etched cracks along the top to emulate a sheet of ice. The back features a golden Locust symbol.

You also get a special controller to go alongside it, which matches the Crimson Omen on the front as well as the snowy whites and grays of the console. In addition to the controller and system, you'll get a full-game download for Gears 5 Ultimate Edition, downloads for Gears of War Ultimate Edition, Gears of War 2, Gears of War 3, and Gears of War 4 as well. You get a 1-month Xbox Game Pass membership, one month of Xbox Live Gold, and Ice Kait and Ice Jack character skins, too. The Gears 5 Limited Edition console will run you $499, whereas a simple bundle with an Xbox One S and a copy of Gears 5 will be just $299.

You can buy the controller separately, too. The Kait Diaz Limited Edition controller is $74.99 and features the same design as the console. It will be available starting August 20 to purchase on its own and will come with the Ice Kait skin too. There's an optional Kait Diaz Xbox Pro Charging Stand from Controller Gear you can purchase to go along with it too for $49.99, just in case you want to make sure everything matches with your shiny new console purchase.

Can't wait to get your hands on all things Gears 5? Everything but the controller is available to pre-order today, and Gears 5 will be dropping at retail and on store shelves on September 6.