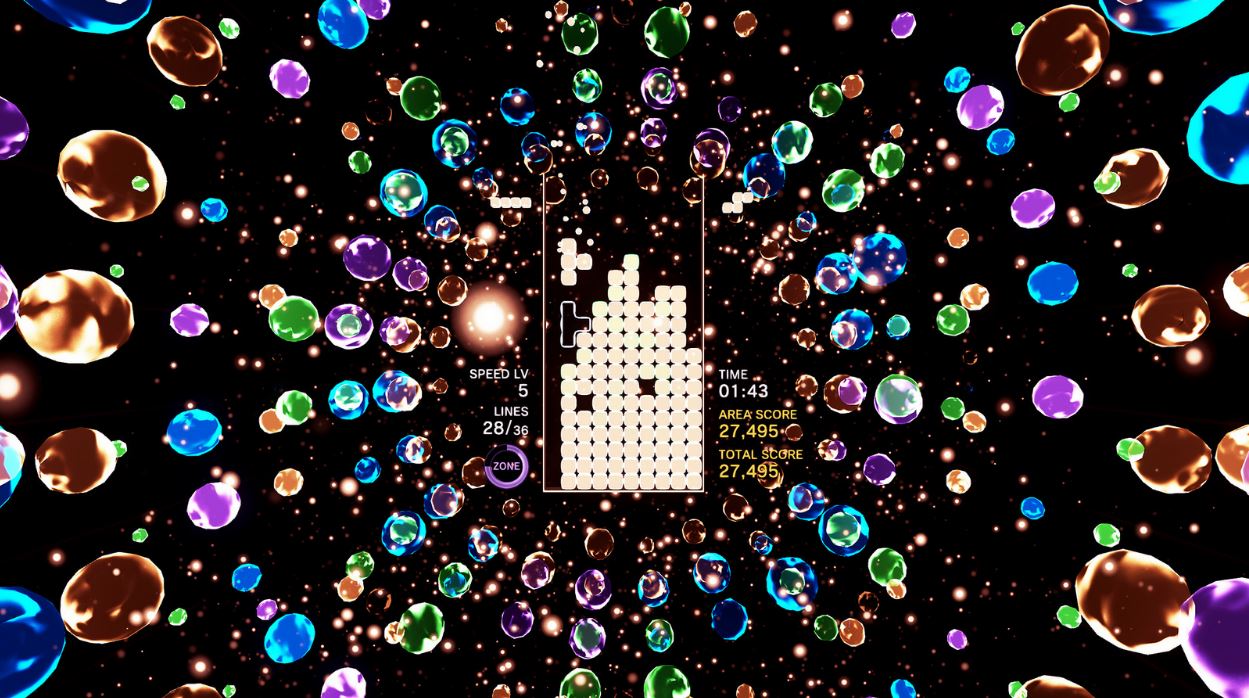 Today is a day of celebration. Originally released in November of 2018, Tetris Effect offers an explosively colorful Tetris experience across thirty stages. The game was critically acclaimed and highly praised for its music and gameplay. Previously only available on the PlayStation 4, PC players can now pick up the game today on the Epic Games Store.

Part of what makes Tetris Effect so special is the game’s support for both normal HD gameplay and a more immersive VR experience on the PlayStation VR. Now though, PC users will be able to dive into Tetris Effect using their Oculus Rift or HTC Vive. The PC versions is the ultimate version of Tetris Effect, offering support for up to 4K resolution, giving players the highest quality possible.

Back when the game first released, our very own Asif Khan reviewed it stating, “I sat at the menu of Tetris Effect staring at particles flowing through space to serene ambient music. I knew right then that this was a very special video game. This was a new Tetris.”

Asif continued writing, “The graphics in Tetris Effect, powered by Unreal Engine 4, are simply breathtaking. The development team must have realized this early on while making the game because they added Theater Mode, where players can just sit back and let the amazing visuals flow over them. This is an awesome addition to the game, and I found myself leaving my favorite songs running while working during the day. Players can control what specific part of the level they are listening to or allow autoplay to take control and showcase the song in its natural flow. It seems crazy to sit here and gush about the graphics in a puzzle game, but Tetris Effect has some of the best visuals I have witnessed in a video game this year. Theater Mode adds even more replayability with a chill new way to passively enjoy the game.”

You can, of course, read our full Tetris Effect review right here. You’ll also want to make sure you follow Shacknews on Twitter. You can pick up Tetris Effect on PC through the Epic Games Store right now.