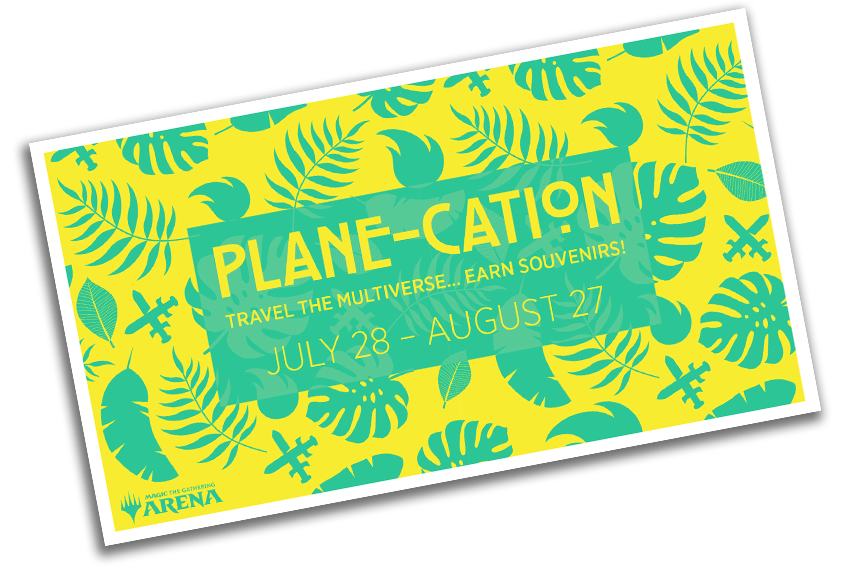 MTG Arena players can look forward to a new Chronicles event series in th Plane-Cation event, which is kicking off on July 28.

When the event has begun, it will run through July 28. Each one will begin on Sunday at 8 AM PT and will subsequently end on the following Tuesday at 11 AM PT. You'll have until 8 AM PT on Tuesday to join in on the event. Then, you can earn rewards based on how many times you win, all the way up to 6 wins for each event.

Your losses won't be tracked, and you can simply play in each event until you earn the rewards you're gunning for or the event ends. You don't even have to pay an entry fee to do all this. While there have been several changes from the events and for those who participated in the War of the Spark Chronicles events, it's still mostly the same. However, the event length has been shortened in terms of how long they'll take to go through as well as how long it takes to earn rewards.

There's plenty of additional information on the official MTG Arena site where all of the updates are lined out, and you can check that out here. For now, you can gear up for the upcoming Plane-Cation event, which is about to start in a week or so. Better get all the practice you can in so you can reap all those exciting new rewards and other goodies.

Previously, I reviewed MTG Arena, awarding it an 8 out of 10:

"Magic: The Gathering Arena is a fantastic effort when it comes to bringing the grandmaster of trading card games to the digital world, and while it's been done many times before, this finally feels like a great and modern way to translate the game into a modern hub for players who want to take their game online and conquer other players. It's certainly my favorite digital Magic game since 1998's Magic: The Gathering: Duels of the Planeswalkers, and I surmise it may become your favorite, too. "

If you haven't tried it by now, it's a good time to start!