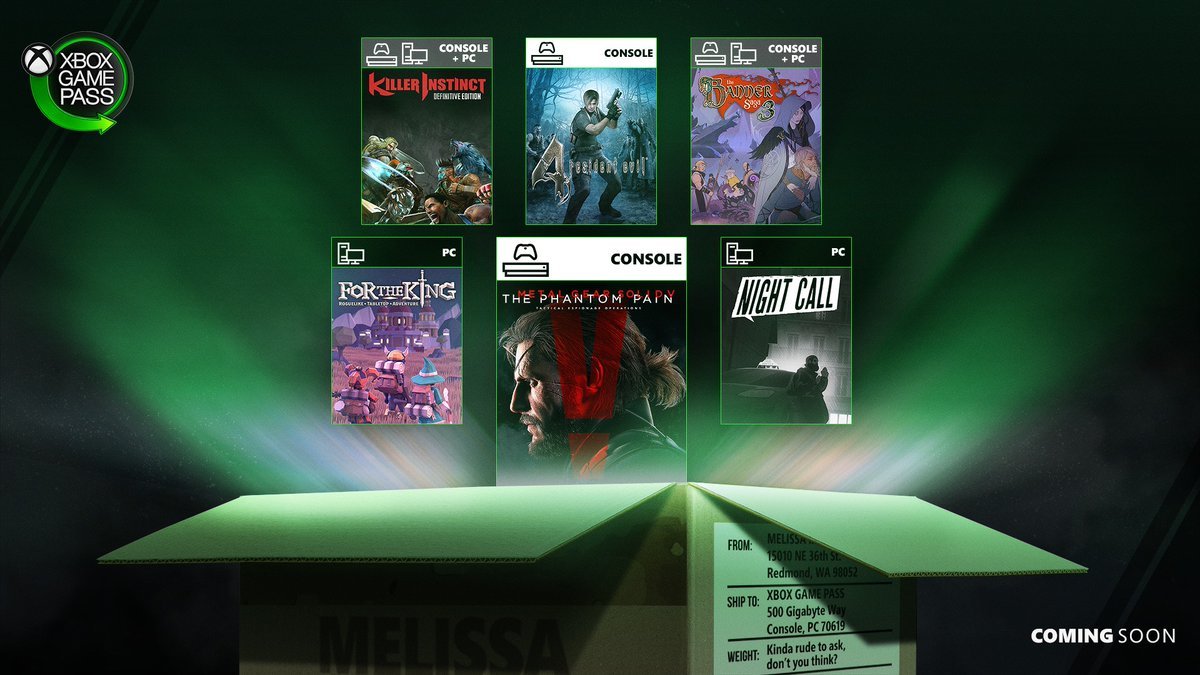 There's a new selection of Xbox Game Pass titles coming as part of a July drop, and you'll be pretty pleased with what's on offer.

Night Call is a French noir game where you must work out the identity of a serial killer, all while working the night shift as a cab driver, and it's available starting today.

Metal Gear Solid V: The Phantom Pain is a masterpiece pulled straight from Hideo Kojima's portfolio and is the final entry in the Metal Gear saga as we know it, since Konami decided it hated money and working with visionaries. It's going to be available on July 18, alongside The Banner Saga 3, which is the final chapter in the viking RPG series that'll make you laugh, cry, and test your limits.

On July 25, For the King, Resident Evil 4, and Killer Instinct: Definitive Edition will be touching down. For the King is a strategic RPG that contains both tabletop and rogue like elements that you can play either single-player or online or local co-op. Resident Evil 4 needs no introduction, of course, while Killer Instinct: Definitive Edition nets you all 26 characters to beat each other to a pulp with.

The Gears 5 Tech Test will be playable beginning Friday, July 19. All Game Pass members will receive access beginning that day and throughout July 26, but you can queue up to download the silent starting today, July 17. During the test, you'll have access to try out the multiplayer matches as seen in Gears 5 ahead of its launch later this year.

Sounds like you're in for a super busy weekend. Xbox Game Pass is continuing to crush it with these awesome additions, and we can't wait to see what's in store next.