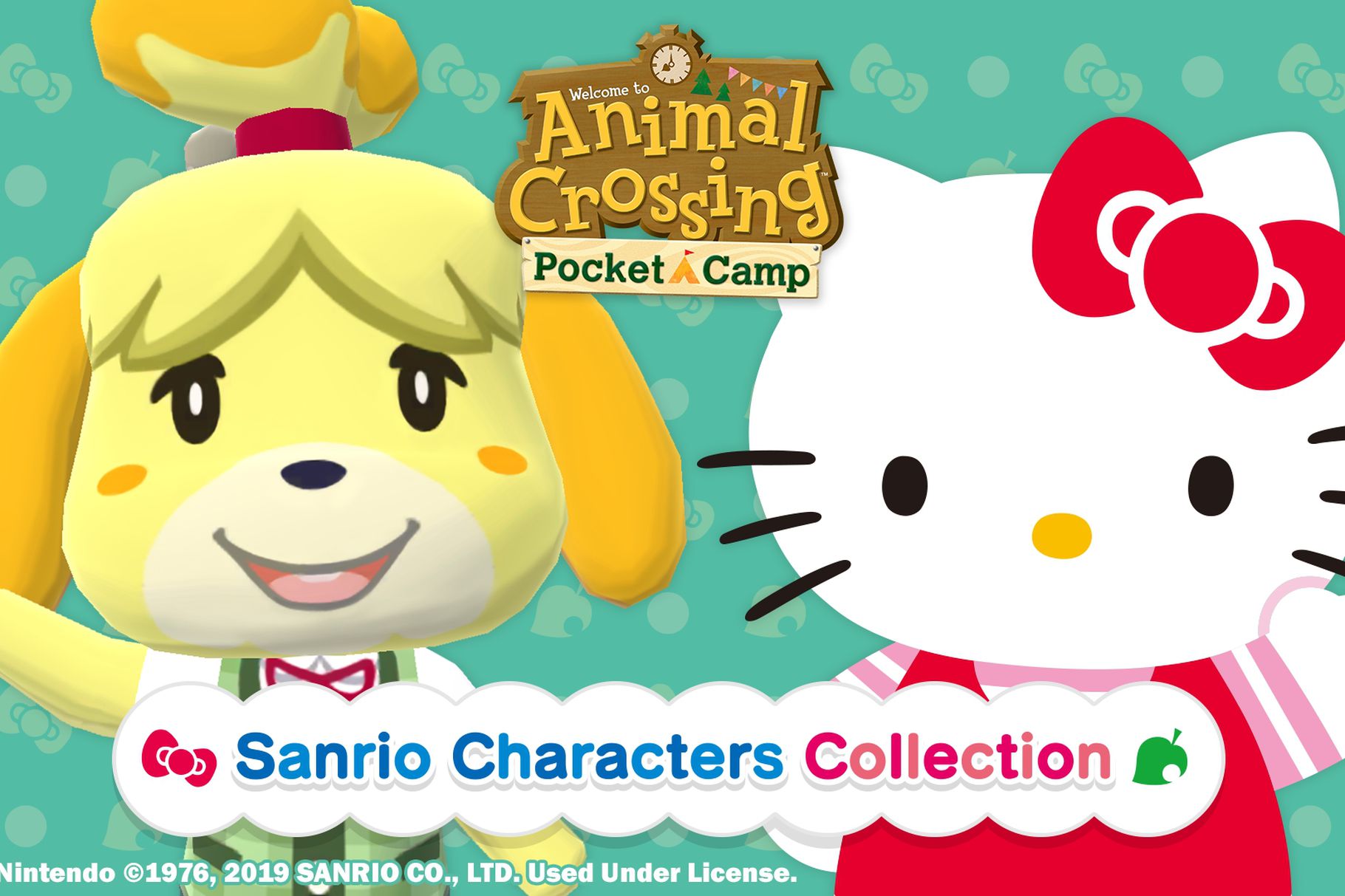 Animal Crossing: Pocket Camp continues to be one of the cutest Nintendo mobile games around, and it's only getting cuter as the days pass, thanks to its latest collaboration.

Starting on July 11, the free Animal Crossing: Pocket Camp Sanrio Characters Collection event is kicking off, giving players the chance to pick up plenty of awesome Sanrio-centric items like beds, hats, sofas, and dresses all emblazoned with familiar Sanrio characters.

The first item drop will include goodies featuring Hello Kitty and Cinnamoroll. A Hello Kitty bow will be given to all players as a sort of "thank you" token. From July 11 through July 22, a Gyroidite Scavenger Hunt will take place to allow players to create their own limited-time in-game Hello Kitty amenities as well as Sanrio T-shirts.

“Nintendo and Sanrio share a love of fun characters and bringing smiles to people’s faces,” said Nick Chavez, Nintendo of America’s Senior Vice President of Sales and Marketing. “This partnership represents the latest example of our goal of finding new and creative ways for fans to engage with Nintendo IP.”

There's a second collection of characters rolling out to the game later in July, with Pompompurin and My Melody joining at that time. Then, in August, another collection featuring Keroppi and Little Twin Stars will debut.

You can also look for Sanrio-related fortune cookies and Sanrio Characters Goals to complete in exchange for other goodies.

Animal Crossing: Pocket Camp is out right now for both Android and iOS devices. You can play for free, though the game does feature micro transactions. Now it's going to feature some ridiculously cute additions, too.