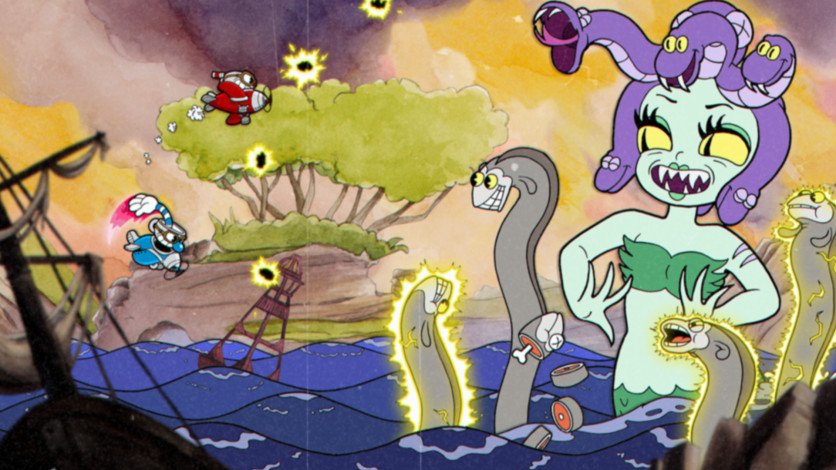 Studio MDHR's The Cuphead Show is coming to Netflix

Studio MDHR has unveiled an exciting new addition to the Cuphead universe in the form of a new animated series, coming to Netflix.

The Cuphead Show will follow Cuphead and Mugman as they explore Inkwell Isles in an animated comedy inspired by "classic animation styles of the 1930s." The series is currently in production by the team at Netflix Animation.

Unfortunately, that's about all we know about the show so far. This will be the first time the franchise has branched out of gaming and into a different type of media, but judging by the poster hyping its release, it doesn't look to have the same quality of animation as the game did.

Coming to you in full color and cine-sound, it's...The Cuphead Show! Witness the wondrous Inkwell Isles as you've never seen them before in an original series inspired by classic animation styles of the 1930s. Now in production by the talented team at @Netflix Animation! pic.twitter.com/4xA59eVLra

If you haven't played Cuphead, Ozzie Mejia at Shacknews awarded it an 8 out of 10:

"Cuphead is a joyful flashback to a bygone era, both in terms of animation and in terms of crushing video game difficulty. It's easy to get lost in this gorgeous cartoon world and get overtaken by the sheer beauty and whimsy of the game's characters. Then the intensity picks up and it becomes one of the most challenging video game experiences of the year.

But the best part about Cuphead is that the challenge feels attainable. It's the right kind of frustration, the kind that makes a person feel like they can prevail if they just try one more time. It's easy for this type of game to feel cheap, but it never feels impossible. It's a gorgeous piece of work and a cup that feels better on repeated sips."

We'll bring you more information on The Cuphead Show as it rolls out, but it's pretty sparse right now. Hopefully there's no tutorial required for you to watch it on Netflix, though – that's a little joke for you there.