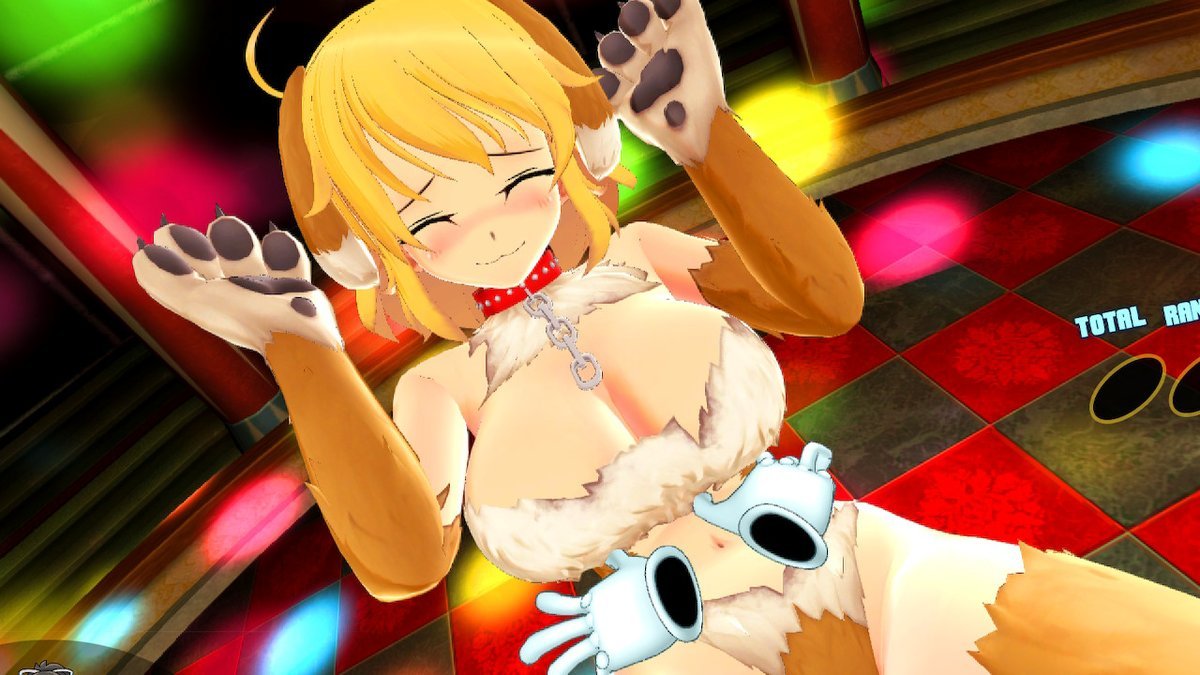 Whether you're into hack-and-slash adventures or Splatoon-like water gun fights, the Senran Kagura series has a little something for everyone. Its uniquely racy brand of content is all about having fun and walking on the wild side, and that's part of what's given it

They've competed in cooking contests, massive brawls, and just about everything else under the sun, so now it's time for something completely different: pinball. Though some might be averse to the abundance of scantily-clad women and suggestive material on display (read: boring people), Senran Kagura: Peach Ball is so over-the-top and ridiculous that it's impossible not to crack a smile while playing – especially when fan-favorite character Ryona really gets going.

Is it worth your time to pick up and play some pocket pinball? Spoiler alert: Absolutely!

There's nothing complicated about the storyline. This Senran spinoff takes familiar characters from the series (Asuka, Ryota, Yumi, Yomi, Murasaki, and Haruka) and gives them another unique type of genre to explore in the form of pinball. But how do they get there? After enjoying some time at the arcade following a game tournament one day, one of the girls, arcade owner Haruka, meets up with the rest of the group following their gaming session. Ryona has just returned from the restroom, and she's turning into a dog for some reason. Yes, a real dog...only she looks more like a human with dog ears, fur, and a tail.

But what's up with that? Well, turns out Haruka likes to mix up potions in her spare time that do bizarre things like turn people into animals. Her bad. Looks like Ryona thought the arcade was out of soap so she started grabbing around for Haruka's Beastall potion. Bam! Ryona was turned into a canine. The effect slowly spreads throughout the rest of the group, until they're all a bunch of animals: a dog, cat, raccoon, and even a bunny. Haruka has a solution, thankfully: the Peach Ball! Using the Peach Ball, she can lure each girl to a pinball machine and spray the mist inside upon them that will slowly turn them human again. Easy-peasy, right? Of course, to do that, you've got to complete a whole bunch of pinball stages.

Peach Ball plays exactly as you'd expect a standard pinball game to. You can opt for Story mode, which gives you several stages for each character to play through with snippets of storyline. If you're not into the silliness of how each girl turn s back into a human, you can opt for playing quick games with no story involved instead.

You get to choose from two different tables: Peach Land and Spooky Shinobi Park, each with their own different variants and background images. Given that this is a series about excess in many ways, I was disappointed to see that there were so many few tables, especially since there isn't a lot of variation between the two, but I suppose the main attraction is really whoever sits at the top of the table, anyway.

Whether you've chosen to play the story mode or you've opted for quick play, the game plays out the same. You can select a ball to use out of several illustrated options, each divided into "Yin" and "Yang." Yin balls have more vibration that you can feel via HD Rumble, and Yang balls vibrate less, but make more sound. You'll be deposited onto the table (launching isn't really the right word for it), and then it's off to the races, so to speak.

There are only two main flippers and one or two ancillary ones on the side to choose from. It's your job to navigate the table while aiming to take the girl at the top of the table and turn her back into a human again. While playing, you'll need to fill a status bar by completing Peach Missions, which can be tracked on the side of the screen. These include "bopping" the girl with your pinball, hitting targets on the table, or hitting the "fairy" targets in the form of animated characters that dance around on the table, waiting for you to hit them. I did have a few issues with bopping the girl sometimes – more often than not, the ball would get stuck behind the fallen girl as it would bounce back and forth on her leg or thigh and I'd rack up points, but I'd wonder if I was going to have to restart the game because of its trapped location. Luckily, I never had to, but I did have the game crash once after completing a table.

But for the most part, it was issue-free. And those micro-missions are fun to aim to complete as you explore the table, with plenty of animated interactions, targets to shoot for, and of course the massive animal Senran Kagura girl at the top of the table. As you play, you can bop her in an attempt to knock her over and begin damaging her clothes, all of which can help you rack up plenty more points for a high score. But what you really want to do is aim to complete all those Peach Missions I mentioned a moment ago.

When you fill up the meter, you'll start a "Sexy Challenge." This is where things get hilarious. You get a different table each time as you flip multiple pinballs toward the girl of your choice from the main pinball area in a circular arena-like area. This ranges from aiming at a small yellow duck, an ice cream truck, red umbrellas, or even a balloon. At the end of the challenge when you receive your grade, the girl is drenched with water, covered in ice cream in suggestive areas, and has her clothing ripped to shreds. It's honestly some of the silliest things I've ever seen.

But where it gets really insane is the "Super Sexy Challenge." This is essentially how you know you've beaten a table. When you initiate it, you'll send the girl into another small arena where you're tasked with assailing her breasts or butt with pinballs to reach a high score. The better you do, the better your rank, all the while her clothes are tearing and she's wailing and acting shy – by the end of it all, she's nude and posing suggestively, but she's been returned to her human form, and all is well. It's honestly a laugh riot to watch these girls writhe around in such an over-the-top manner, I had tears in my eyes at the notion that I was flipping fluffy pinballs at a girl with a tanuki tail directly over her butt. You can't make this stuff up.  These segments are dumb fun, and you'll enjoy scoring big so you can enter your name in the high score area when you finish a table.

Aside from playing pinball, there are limited other options to take part in, but because this is a Senran Kagura game, you can change each character's clothes, buy additional items via the in-game shop (no DLC or extraneous purchases required to do so), and interact with your favorite girls by way of "intimacy" mode. Just like in Senran Kagura games past, you can "tickle" and touch the girl in ways that she appears to, ahem, really like. You can do this over and over again until she appears to climax – it's nothing new, and nothing too explicit, just extremely suggestive. There's a lot of different outfits to choose from, like school swimsuits, various lingerie, different animal costumes, and more.

You can also pose the characters in diorama form to take some cute screenshots of your favorite girls if you so choose. Unfortunately, that's about it as far as extras go. Coupled with the disappointing lack of tables, it really highlights the fact that Senran Kagura: Peach Ball really is more of a budget title. Hopefully additional tables and similar different types of content could be on the way soon by way of DLC.

If you love the ridiculous nature of the Senran Kagura series, a great pinball game, and blushing anime girls in suggestive poses, you'll find plenty to love about Peach Ball. It's a cute, flashy pinball game with plenty of targets, fun objectives to aim for, and it never takes itself too seriously. Plus, the fact that it's pinball makes it a great starting point for checking out this series, even if you skipped out on the others. You'll find that it'll have you feeling, well, just peachy. Trust me on this.