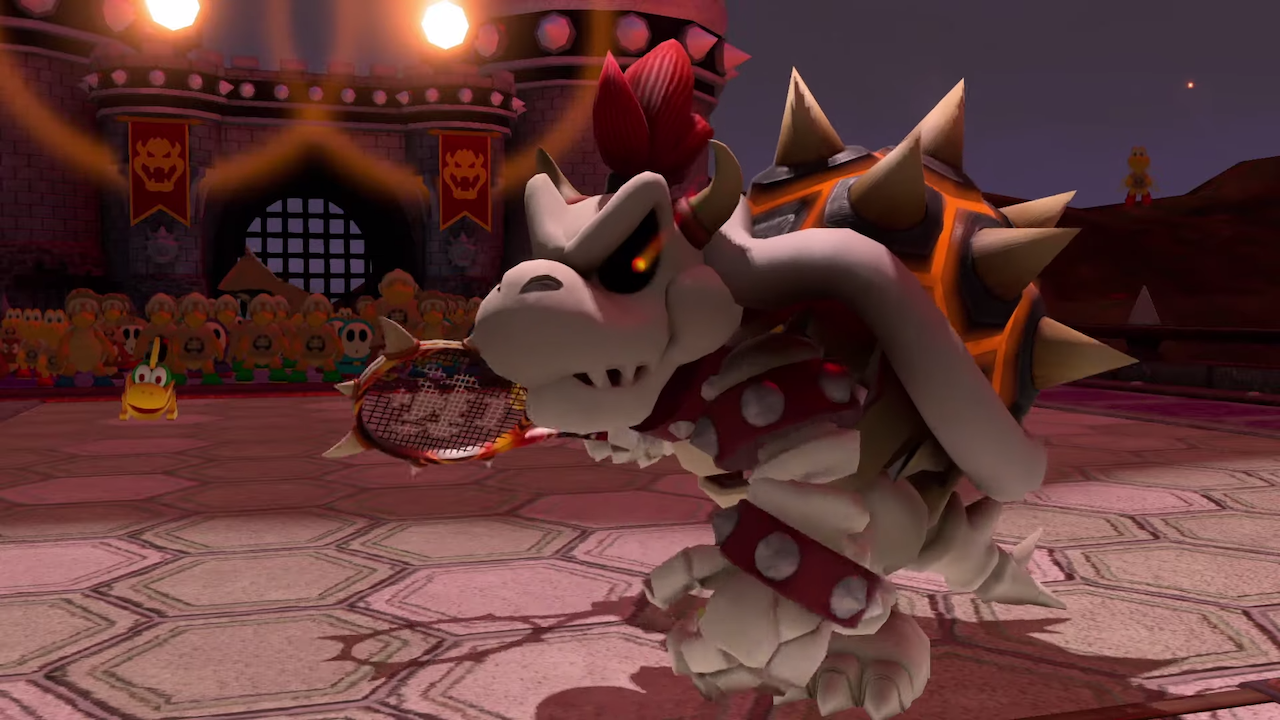 Get Dry Bowser in Mario Tennis Aces this August

Mario Tennis Aces is getting a villainous new character to round out its roster, and it's a character you may not have expected: Dry Bowser.

All you have to do is participate in an online tournament from July 1 through July 30. You don't even have to win the tournament. You just have to take part in it. Easy enough, right?

The introductory trailer for Dry Bowser shows off his Defensive-class moves, which includes going on the offensive hilariously enough with blue flames and totally owning the competition. That's what Bowser does, after all. But how long as it been since we've heard about Dry Bowser? Feels like it has to have been quite a while, hasn't it? Good job on Nintendo for bringing forth a more unused character like this one, and giving us a fairly robust roster.

Previously, I reviewed Mario Tennis Aces and awarded it a 9 out of 10. Here are my thoughts on the game:

"Mario Tennis Aces has provided me with some of the most fun I've had in a Mario game in quite some time. Through it all, even the most frustrating parts of it, I was compelled to keep playing, no matter what. It's addictive, just like the other iterations that came before it, in the best way," I wrote.

"Should you pick up Mario Tennis Aces? If the answer wasn't immediately obvious already, that's a resounding yes. It's the best the series has seen in years, and that's saying something for this tennis fan. If you're looking for one of the best sports games the Switch has to offer, look no further. You've found it."

If you still haven't given the game a try, it's definitely a good time to go ahead and pick it up. Now that there's another addition to the roster out and about, you've got plenty of characters to choose the one you're best at the game from.