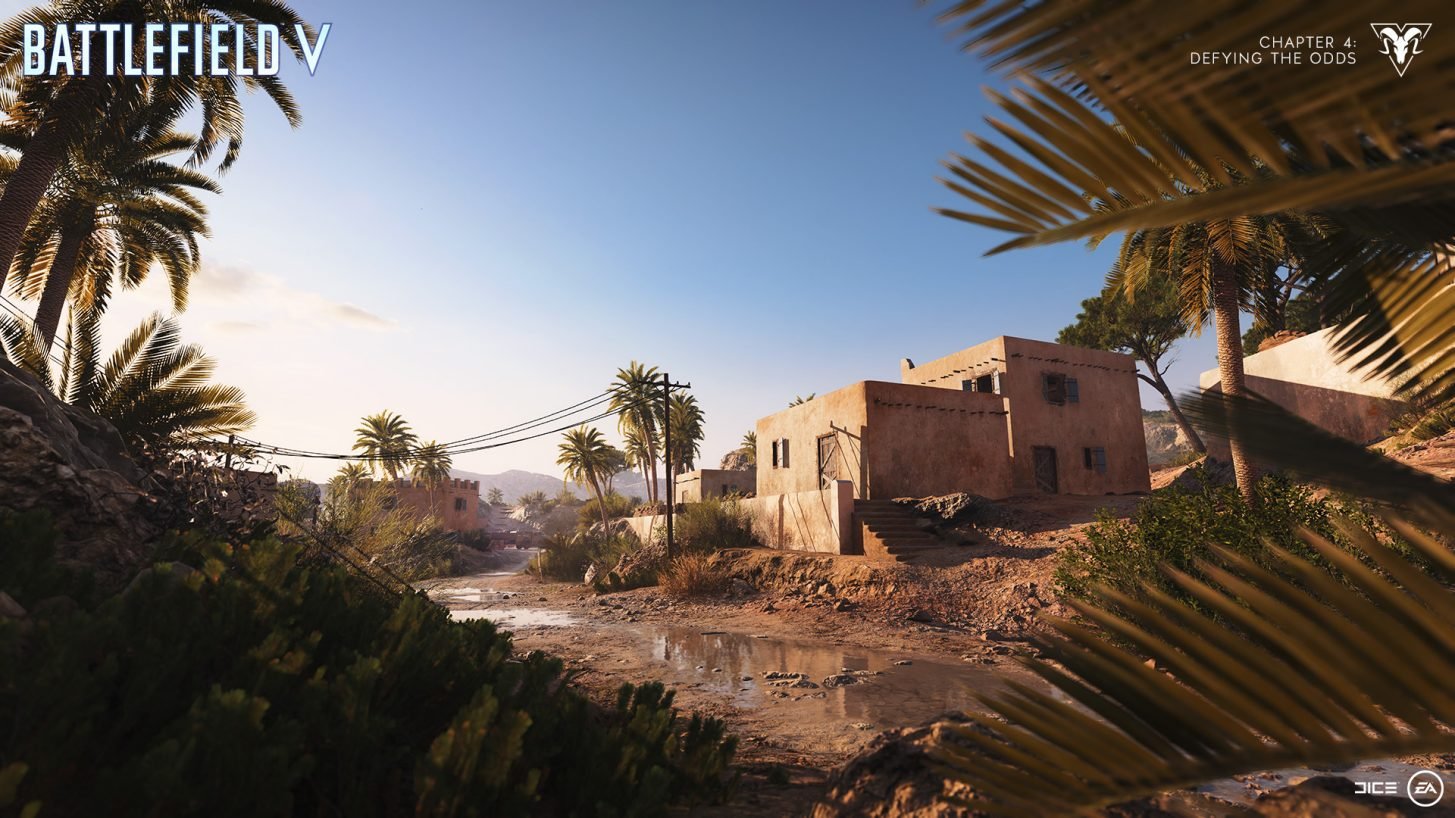 Looking for a heaping helping of new content in Battlefield 5? You’ll find it in there now with the release of new Chapter 4: Defying the Odds DLC, which adds a new playable map into the mix.

Following the DLC’s global launch, players around the world can jump into the sweltering heat of the North African desert today with the new Al Sundan map. Al Sundan is the first of several new maps scheduled to come to the game, and for many this battleground will be familiar territory. It uses the vista from the mission Behind Enemy Lines from Under No Flag’s single-player war story and this time uses plenty more air and land vehicle combat to spice things up.

Imagine it: You’ll hit the desert coast with some frankly harsh environments to grapple with as you roam a militarized area complete with a radar tower, airbase, and camps. It’s up to you to fight for possession of each critical point. No matter what kind of play style you typically go for, the versatile Al Sundan map should be able to accommodate you. There are various capture point so keep in mind as well as AT cannons, AA guns, planes, and more. Capture points are found in the radar station, airfield, observation post, bridgehead, and shoreline battery.

For additional information on how you can interact with Al Sundan, check out the official Battlefield 5 blog post on the newest release. And if you still haven’t pulled the trigger on the latest entry in the Battlefield series yet, check out our review, where our own Chris Jarrard scored it an 8 out of 10. Here’s what he had to say:

“I can easily see DICE polishing this game up into a classic post-release, but there is no guarantee of when or if that will happen. The shipping package feels rushed, but thankfully the Battlefield Premium packs are no more and new content for the game will be free for all owners. This will keep the community from being torn apart two months after launch like every Battlefield game since BF3, but more work needs to be done with the UI and matchmaking before the hardcore fans will embrace it like the Battlefields of old. I wish EA could give the team at DICE extra time to make Battlefield 5 the best it could be. As it stands right now, the game is a rough, uncut diamond that could’ve been the crown jewel of class-based multiplayer first-person shooters.”

Let us know how you're liking the new map if you jump in.