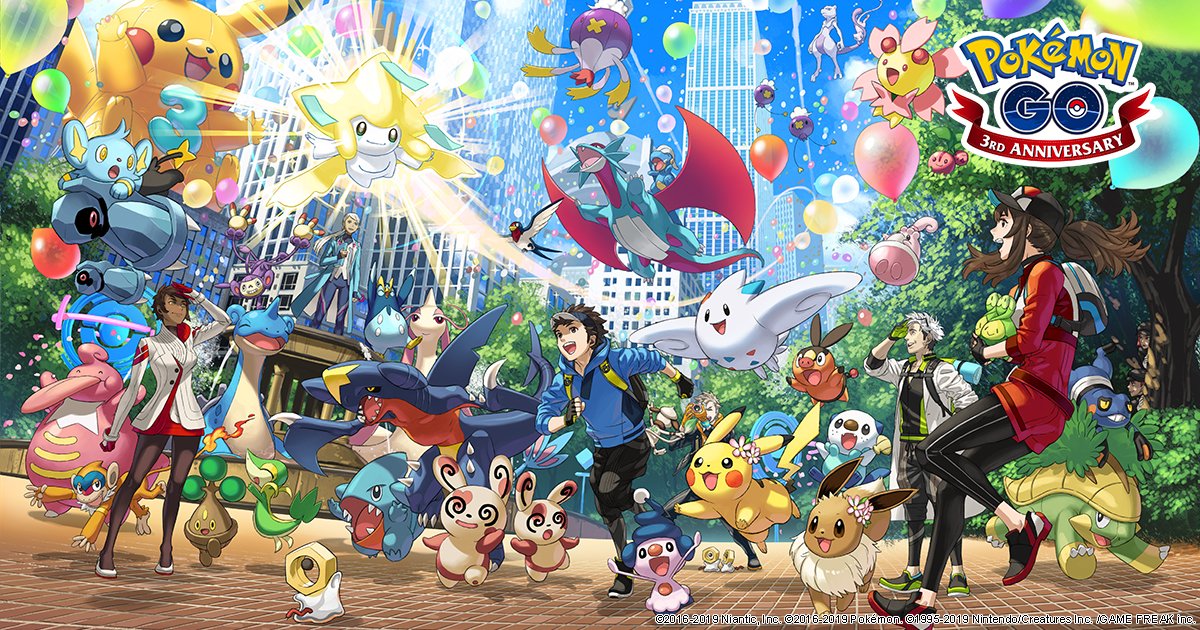 If you're an avid Pokemon Go player, you might want to make sure your phone's all charged up and good to go. Pokemon Go is celebrating its third anniversary, and with it are several fun events that you can take part in.

Starting tomorrow, July 28, you'll have the chance to encounter Shiny Rattata, Sandshrew, Vulpix, Diglett, Meowth, Geodude, Grimer, and Exeggutor throughout the world. You can also hit up the Style Shop for new avatar items featuring the team leaders' personal styles. This all goes down at 1 PM PT.

Also beginning tomorrow at 1 PM PT through July 6 at 1 PM PT, you might happen upon a Pikachu in a party hat when you take a Pokemon Go Snapshot Photo. Pichu wearing a party hat will also be available to hatch from 7 km eggs.

Finally, beginning tomorrow at 1 PM PT and lasting through September 2 at 1 PM PT, you can complete Special Research missions for rewards to help you get started quicker in the game if it's been a while or help a friend to do so. It's only available for players level 10 or higher. You'll also be able to take down Raid Bosses quicker and earn extra bonus Premier Balls to catch them when raiding with friends. Lastly, trading Pokemon will cost 1/4 less Stardust.

There's plenty going on to celebrate and have fun with in the name of the game's third anniversary. Be sure not to miss it!