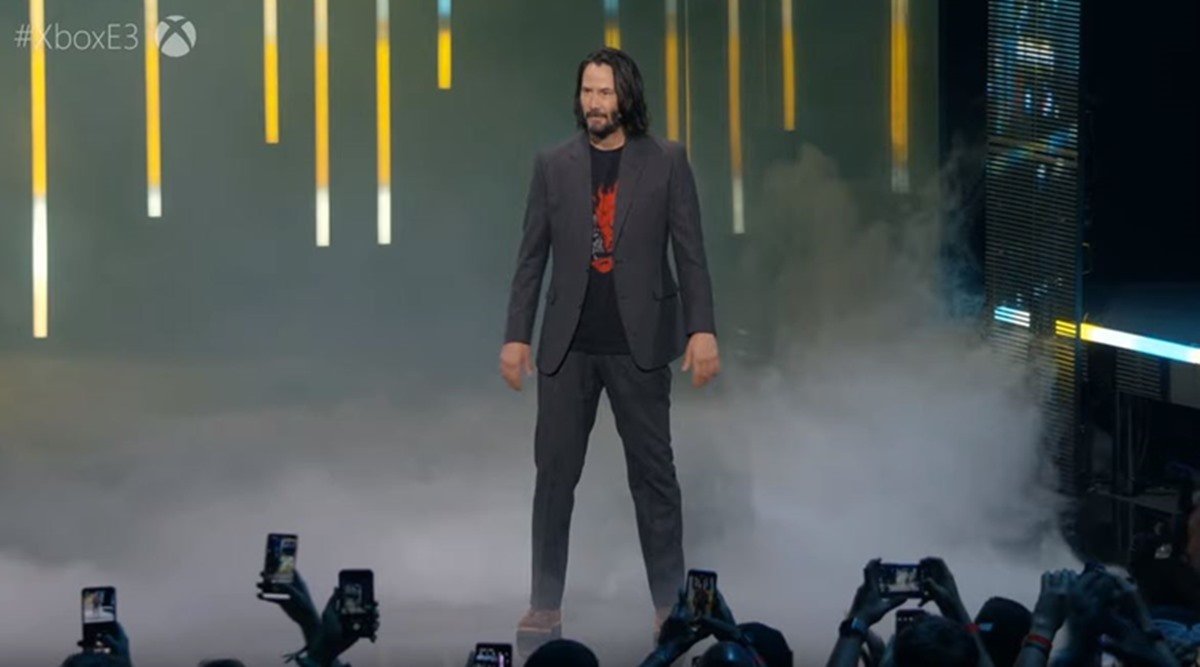 Keanu Reeves may be the current darling of the video game world, but that doesn't mean he thinks that the floodgates should immediately open and let every other star who wants in join in.

No, Keanu has his own thoughts when it comes to including celebrities in video games, especially those such as the triple-A dystopian title he's appearing in. In an interview following E3 2019, the newly-minted Cyberpunk 2077 star noted that he doesn't actually think that games need Hollywood. Good thinking, Keanu. Because they don't.

“I don’t think [video games] need legitimizing," said Reeves. "If anything I’d say it’s gone the other way. It’s more of the influence gaming’s had on, let’s call it Hollywood." Indeed, Keanu thinks that Hollywood is actually in need of games, at least in some ways. Hollywood has been focused on taking notes from the kind of content games provide.

It's definitely understandable that a humble celebrity like Keanu would feel that way, and deflect credit from games needing Hollywood star power and take it the other way. During the interview, he mentioned the Marvel universe and how the different forms of Marvel entertainment continuities begin borrowing from each other, with comics created from games and movies, and then movies created from video games and comics. Keanu proved once again he's got a good head on his shoulders, one that we'd love to be able to converse with at some point.

Keanu shared his thoughts on the matter, but what do you think? Be sure to share your ideas on whether gaming needs to rely on Holylwood celebrities to flourish. It certainly doesn't seem that way anymore, and that's great news for everyone involved. Who needs A-listers in games, anyway? Sure, we we can't wait to see Keanu tearing it up on-screen, but original characters are doing just fine on their own.

In case you missed the announcement, Keanu came out on stage during the Xbox Press Briefing ahead of the official beginning of E3 2019 following his appearance in a new Cyberpunk 2077 trailer. The crowd (including yours truly) went wild as the lights went down, smoke began pouring out of an entryway, and the man himself walked out to ridiculously roaring applause. It remains one of the best moments of E3 2019 so far (and we have more to discuss in this week's Shack Chat). We can't wait to get our hands on a playable build, but for now...we'll bask in Keanu's glow, like the rest of the internet is doing.