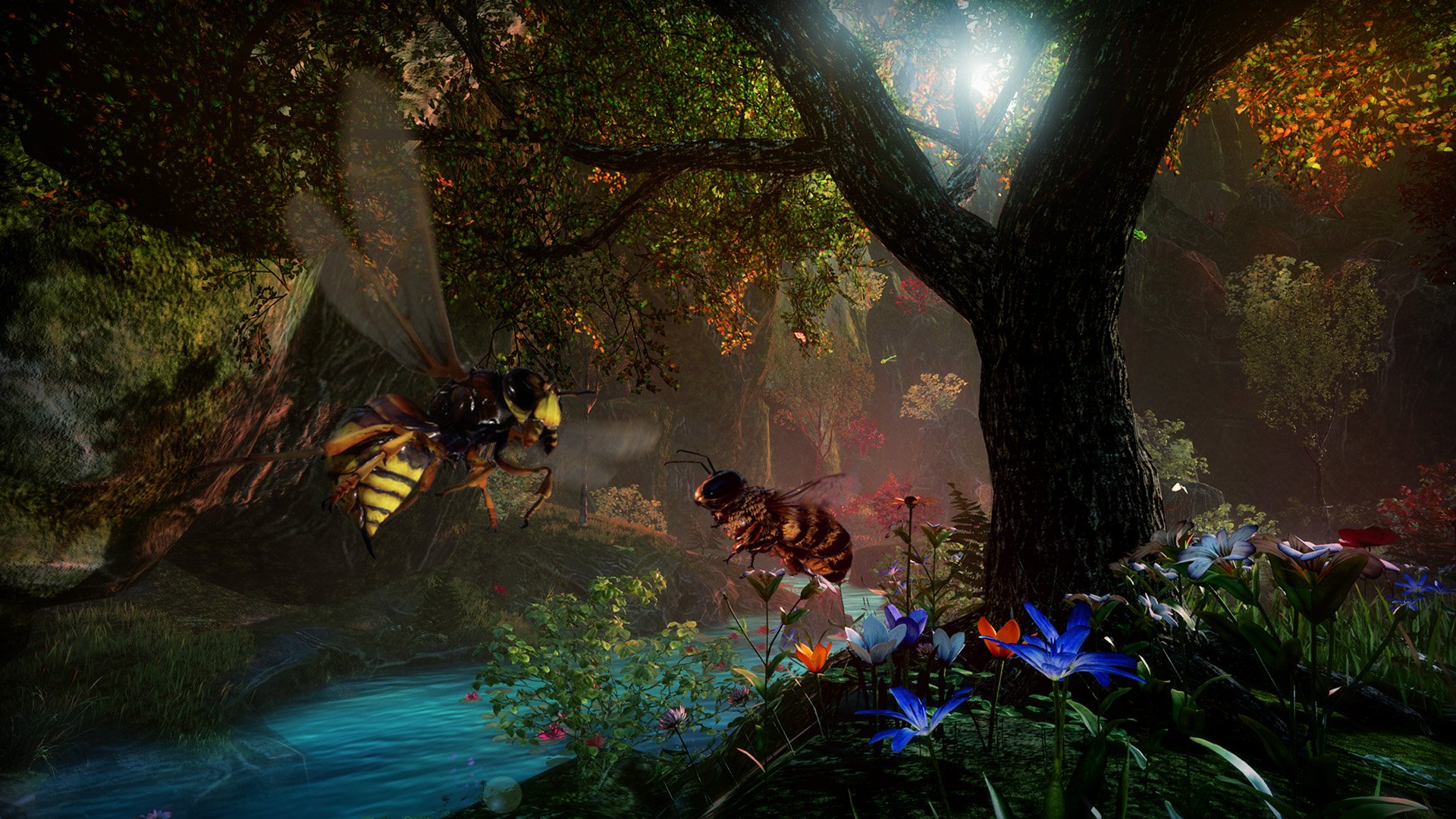 It doesn’t take long for Łukasz to convince people that Bee Simulator is an important game. After all, bees are legitimately in trouble and their presence is vital to many aspects of the world. However, this game is more than just a teaching tool, it’s got a bit of everything. If players want to learn more about bees there’s options in-game to do so. If you just want to fly around and have fun, that’s also on the table. There are a lot of options for playing Bee Simulator, which makes sense when you find out that it features multiplayer, single-player, co-op, and local co-op. There’s a bit of everything.

While I wasn’t sure how I’d feel about Bee Simulator, I must admit that the gameplay sort of intrigues me just from the basics of flying around. It’s looks quite fluid and, if nothing else, I think flying around as bee might be cool.

If you agree and want to hop into some Bee Simulator yourself the game is expected to release in Q4 of 2019 (October to December) on the PS4, Xbox One, PC, and Nintendo Switch. We’ll be sure to update our video game release dates 2019 guide when we get a concrete date, but for now you can check out more great video content from E3 2019 by visiting the Shacknews YouTube channel, or the GamerHubTV YouTube channel.