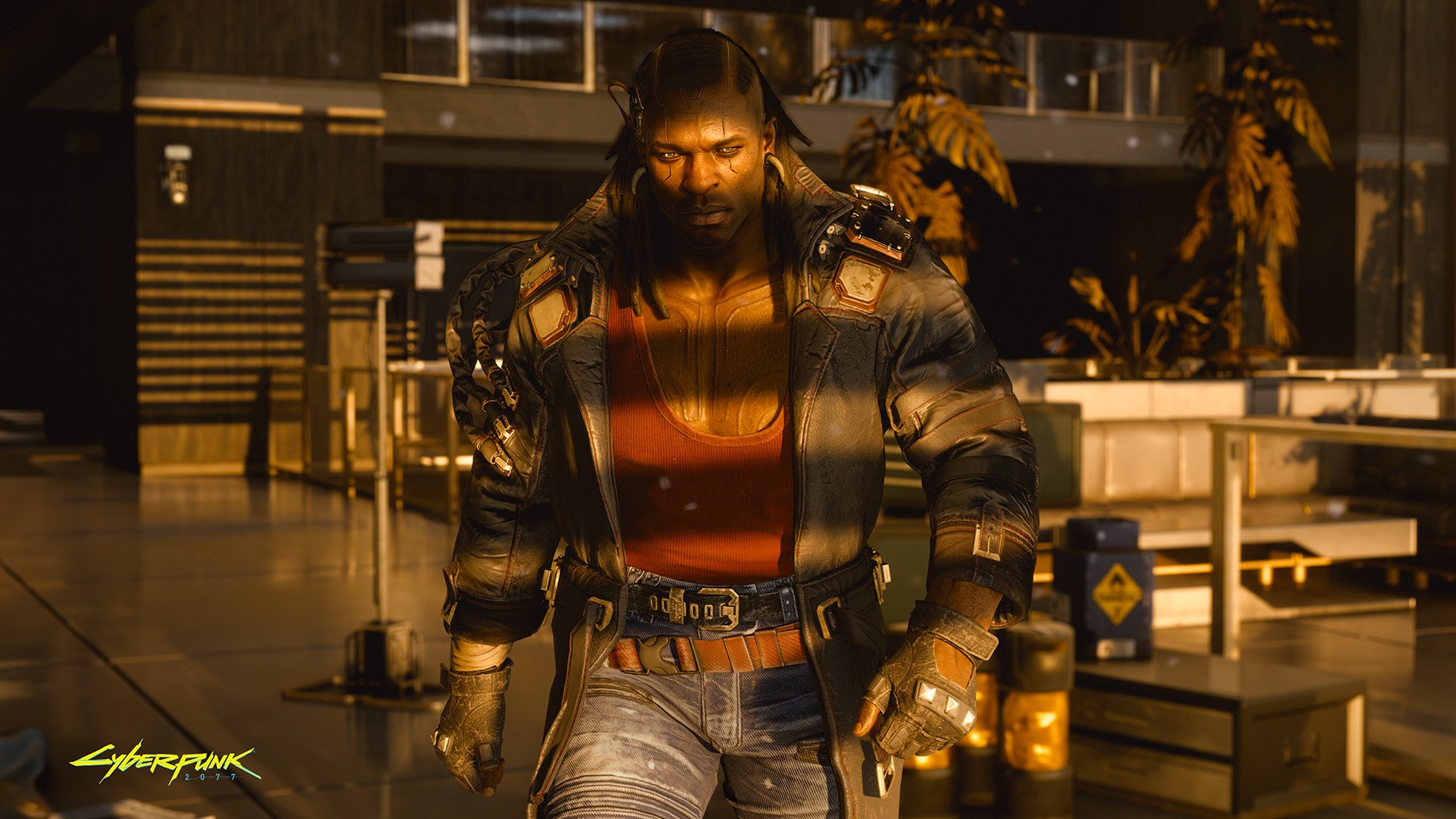 Cyberpunk 2077 is by far one of the most exciting things to be featured at this year’s E3, and CD Projekt Red has been doing a really great job of hyping fans up. The latest addition of fuel to the fires fueling the hype train are two new screenshots, shared via the official Cyberpunk 2077 Twitter account.

The two new screenshots aren’t anything special, necessarily. They do show off some of the lighting and just sheer brilliance of the game’s visuals, though. In the first screenshot, we see a man walking towards the camera. It looks like he’s in some kind of mall or store, and the way that the light reflects off of the environment, and even the studs on his gloves, is just beautiful to look at.

In the second screenshot, we get a picture of two people in what appears to be a lair of some type. One of the individuals is busy staring at one of many monitors on the far wall, while the second just sits in the background, staring at the floor. While there doesn’t necessarily appear to be much going on in these screenshots, it’s more than enough to send Cyberpunk 2077 fans into a fit of excitement, and CDPR has done a really good job of showing the game off without showing off too much.

It’s a very delicate balance to keep, and one that the studio has always done really well with—even back in the Witcher series. We can’t wait to dive into Cyberpunk 2077 when it arrives next year. Check out the screenshots above, or head back over to our E3 2019 hub to see the other news and interviews we have coming out of this year’s conference. We’d also suggest that you follow Shacknews on Twitter, as we always tweet out about new content like news and reviews as they go live, making it easy for you to keep up no matter where you are.