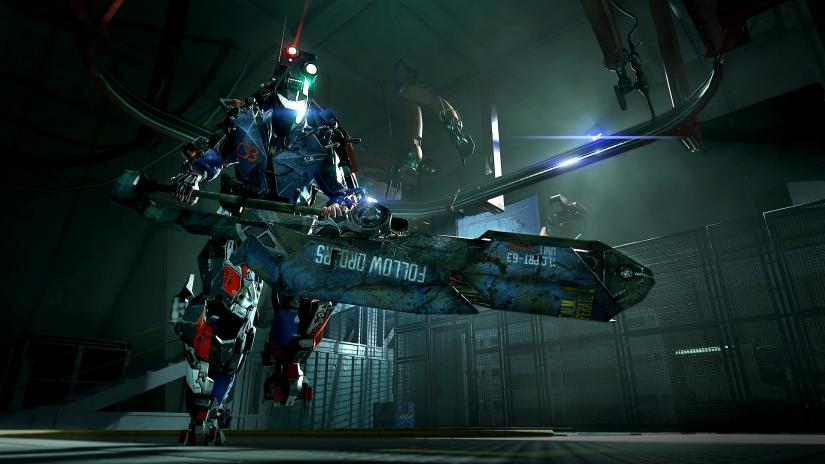 Deck13 and Focus Home Interactive's action RPG series, The Surge will continue with The Surge 2 later this year, and the sequel just got a raucous new trailer that really brings the heat.

Set to "The Day Is My Enemy" from The Prodigy, the new footage explores tidbits of the game's story, a variety of enemies you'll have to take on, and some of the surprises waiting around the corner in this sci-fi sequel.

The game takes place inside of Jericho city, where a "technological apocalypse" has all but eradicated everyone who lives there. Our hero is working hard to figure out what happened behind the scenes and reverse it, all the while dealing with cult members wandering around. Enemies include cultists on drugs, criminals, dirty cops, and a wide variety of ne'er-do-wells who want nothing more than for him to perish before uncovering the truth.

With that in mind, The Surge 2 will take place in a world that's basically on the brink of collapsing at any moment. There are even "nanobeasts," which are self-evolving and can level buildings with only a few swipes of their mighty paws. The rich don't have to worry about any of these problems, but everyone else must watch life fall apart as they know it.

Previously, David Craddock took the original game, The Surge, for a spin. Here's what he thought about the experience:

""Like Dark Souls" has become a frequent and often eyerolling-inducing comparison, albeit with good reason. Love it or hate it, Dark Souls has informed countless games since it burst onto the scene in a spray of blood and smashed controllers. The Surge excels by knowing when to take cues from the king of the genre, and when to turn left where its predecessors turned right. I'm over a dozen hours in, and I'll happily play dozens more."

The Surge 2 is headed to retail on PlayStation 4, Xbox One, and PC on September 24. Be sure to lock it right here on Shacknews for additional updates.