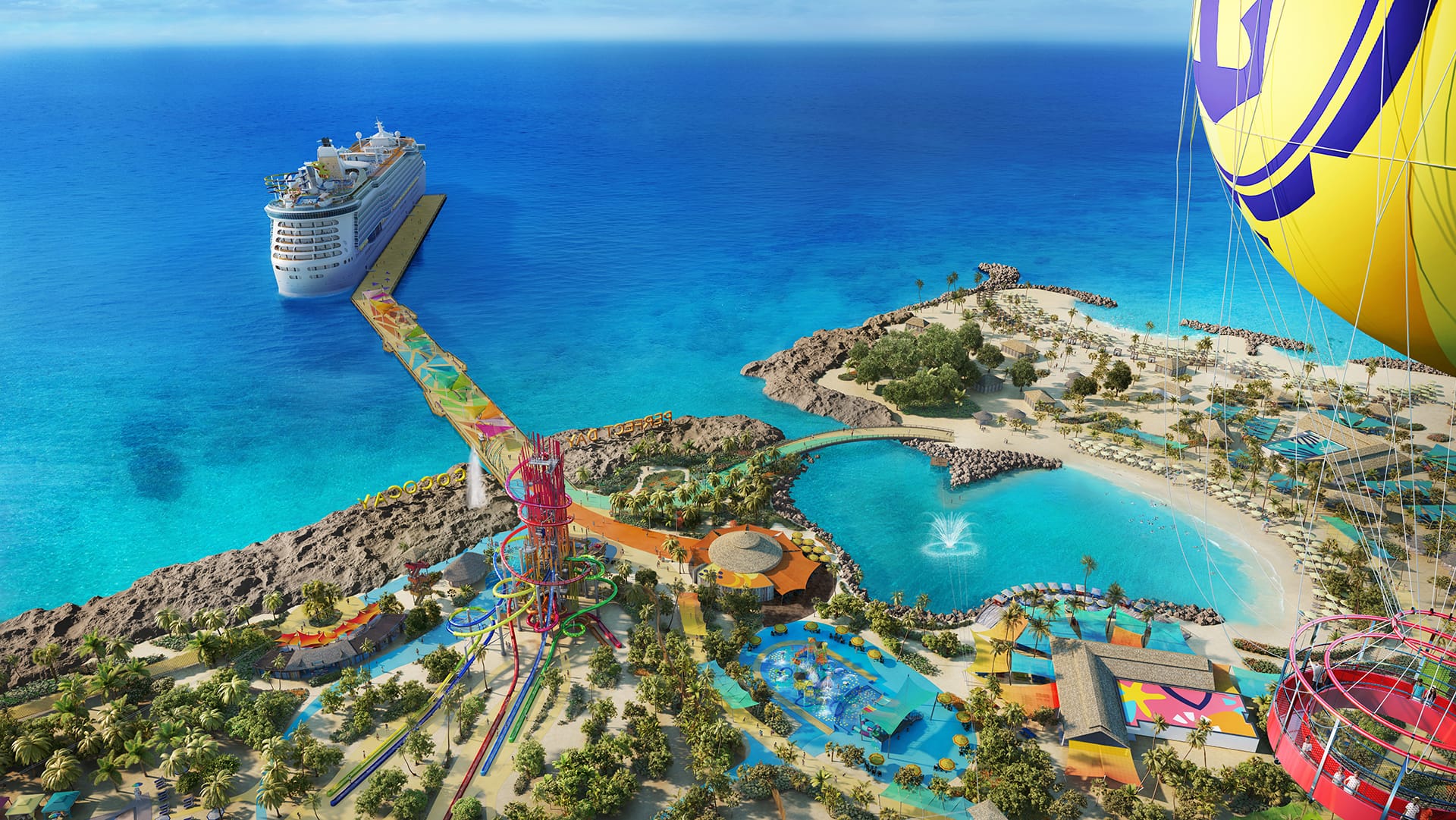 The history and evolution of Royal Caribbean's CocoCay

There’s no doubting that amusement parks have to evolve as time presses on. With a new generation of adults rising up, it’s important for them to really sit back and reimagine what they are to ensure they’re doing everything they can to keep up with the times and entice younger vacationers to visit their parks. Royal Caribbean is working on doing just that, and we recently had a chance to learn more about Perfect Day at CocoCay, Royal Caribbean’s latest revamp of their cruise services and getaway island.

The history of CocoCay

Understanding a place’s history can be vital to helping it grow and evolve beyond what it used to be. In this first video we had a chance to speak with Claudia Diaz-Gonzales, the Director of Private Destination Development at Royal Caribbean to learn more about the history of CocoCay.

In our interview with Diaz-Gonzales, we learned that CocoCay has been within the Royal Caribbean family for over 25 years. The island itself has been a guest favorite for many years and has stood as a perfect vacation place for cruise goers to visit. Now named as Chill Island, the island at CocoCay used to go by East Beach and South beach, depending on where you were on it. Over the past several years, Royal Caribbean has taken a look at the island and worked to make it into something bigger and better, as well as something more attractive to younger vacationers.

The current design of the island took roughly two years to complete, as the company wanted to ensure that they protected the quest experience throughout the process, all without shutting it down. You can check out the full interview in the embed we’ve included above to learn more about the history of CocoCay and how the island has transformed now.

How Royal Caribbean reimagined CocoCay and their cruise services

According to Tamis, the company took a look at what customers wanted out of their cruises and began to remodel some of their ships through the Amplified program. Basically, this program took already established cruise ships, like the Navigator of the Seas, and completely revamped them to offer more luxuries and activities for cruise guests. The Navigator of the Seas was originally launched back in 2002 and was completely revitalized in early 2019 with several new additions like two water slides, the first blow dry bar available at sea, and several other changes.

Make sure to check out the full interview with Mark Tamis above to learn more about all the changes that were brought in to help revitalize CocoCay.

The technology used to bring Perfect Day at CocoCay to life

On top of our previous two interviews, we also sat down with Neva Heaston, the Private Destinations Manager at Royal Caribbean International to discuss the technology that went into remaking CocoCay as it stands today.

According to Heaston, Royal Caribbean had to take a lot into account when designing many of the attractions and water slides on display at Perfect Day. This meant taking the force of hurricane level winds into account and ensuring that the structures would stand up to even some of the most extreme conditions.

During our interview we learned that Royal Caribbean works hard to ensure they are offering unique and special experiences. Heaston stated that they visited many of the top water parks in the world and used their experiences there to help build new attractions on CocoCay. Of course, you can check out the full interview to learn more about the technology and work that has gone into revitalizing CocoCay and the ships in the Royal Caribbean line-up.