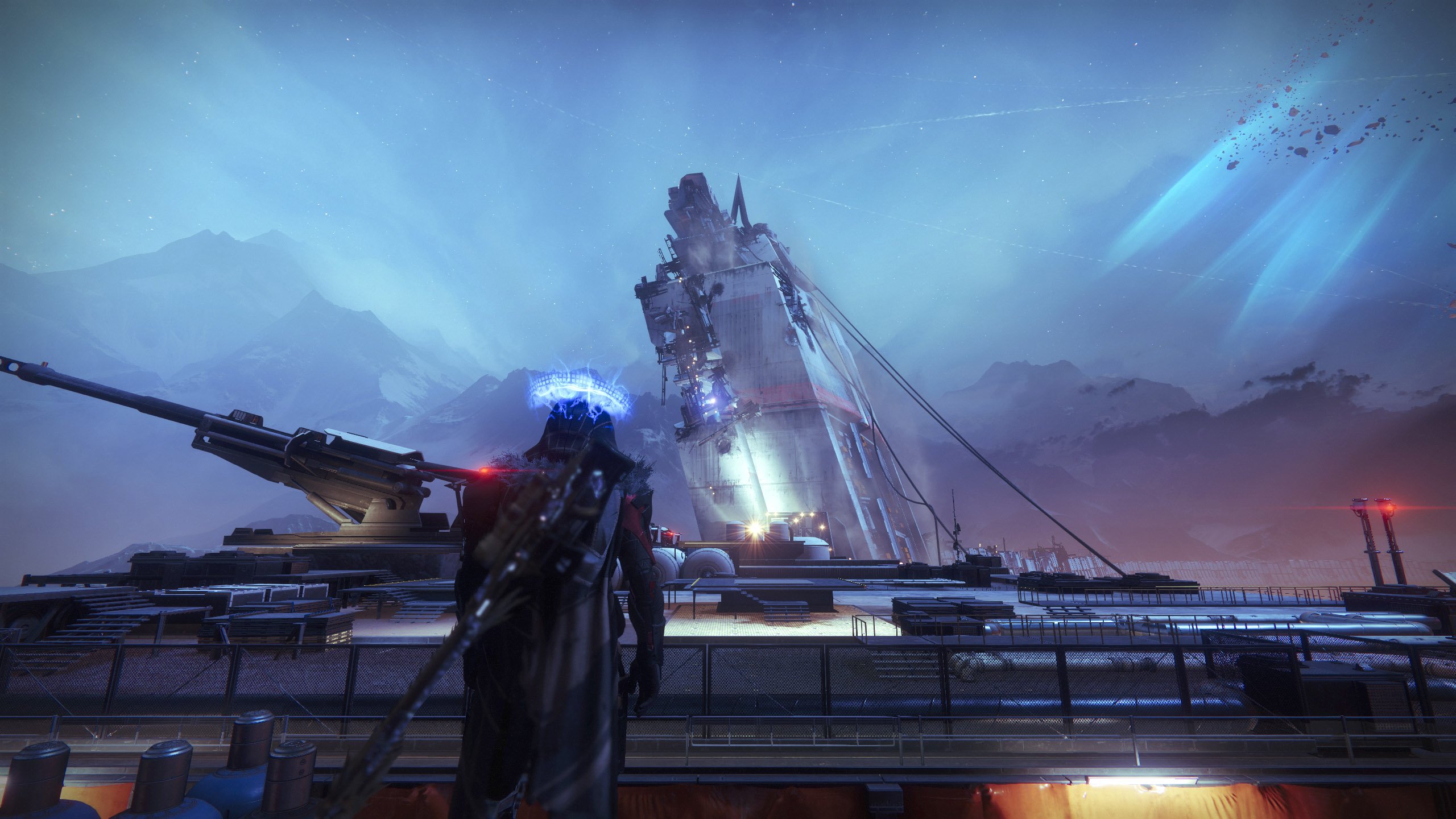 The Bungie Fun Police are planning a raid on Destiny 2

It’s becoming clear that Bungie’s system of balancing weapons and armor in Destiny 2 is the opposite of what makes games fun, and what players are looking for in their experience. It’s hard to say how it got to this point, or why there aren’t more people in the studio calling poor decisions out when they pop up during meetings, but here we are.

In the most recent This Week at Bungie, it was revealed that Whisper of the Worm, one of the coolest guns in the game, would be nerfed. Again.

Whisper of the Worm was already adjusted in Season of the Drifter, but an Exotic that can generate an infinite amount of Heavy ammo is still a gigantic outlier and renders many weapons irrelevant for certain encounters. While Exotics are intended to be powerful and novel, bypassing the ammo economy can tend to force us to adjust enemies to compensate. This effectively results in Sniper Rifles as a whole being punished because of Whisper’s unique ammo ability. As a result, we’re removing the ammo generation ability so that we can increase the effectiveness of all other Snipers that don’t have an endless ammo supply.

The post goes on to explain that White Nail, the weapon’s intrinsic perk, will now pull ammo from its reserves rather than generating it and refilling the magazine when a player lands three consecutive critical hits. Whisper of the Worm will still refill the magazine if those three critical hits are landed, but it will do so only from the ammo Guardians have in reserves, which maxes out at 18 rounds without perks.

What strikes me as particularly bizarre, is how the post mentions that “…bypassing the ammo economy can tend to force us to adjust enemies to compensate.”

First, the ammo economy is awful, which I covered when I wrote about games like The Division 2 inching closer to Destiny 2. Secondly, the idea of nerfing a gun that circumvents something Bungie has handled poorly for five years is silly. Instead of making players depend on a weapon that can bypass the poor ammo economy because they never have any ammo, why not fix the ammo economy?

Trust me when I say that I would rather be using The Colony, or The Wardcliff Coil, but I can’t choose a weapon that will run out of ammo in 15 seconds when there is almost no hope of finding more. I’m already saving all my heavy ammo for the boss fights because I know damn well that using it before then means I’ll be shooting the boss with an auto rifle for 15 minutes. Whisper of the Worm solves that problem, but not for much longer. Nerfing Whisper of the Worm just means there are zero good options instead of one.

To get back on track, though, let’s talk about how Bungie addresses popular weapons in Destiny 2, and the best way I can describe it is they’re playing Whac-A-Mole. Every time a weapon emerges that is too popular or powerful, the Bungie Fun Police whack it back down to create parity.

Imagine if Netflix came out and said, “Too many subscribers are watching Friends. In order to make our Netflix originals relevant, we’ll be restricting viewers to a single episode of Friends per week, increasing the effectiveness of movies like Bright.” How fast would folks call BS on that? Restricting things people enjoy doesn’t make them like mediocre things, it sours the entire experience.

Bungie’s colossal error in this specific situation is assuming that people are ignoring good options because Whisper of the Worm is too good, when the reality is people are forced to use it because the other options aren’t good enough.

What Bungie should be doing is bringing other weapons and armor pieces up. Too many people depend on Whisper of the Worm for boss encounters? What if Bungie left that gun as it is and picked something nobody is using, buffing it up? Not for parity, but to make it strong. What if players had a dozen exotic weapons that were all powerful in their own unique ways, making the choice of what to take one that’s interesting. Instead of crapping all over my Orpheus Rigs, Shards of Galanor, or whatever it is this week, why not make Oathkeeper relevant? You see, I think the Le Monarque is incredible (don’t you even think about it, Bungie), but Oathkeeper, an exotic designed for bows, is useless. What if its intrinsic perk was, “Perfectly timed draws resulting in a critical hit will do twice the damage?” That took me 30 seconds, and I’m not suggesting it’s a great idea, but imagine what a group of open-minded developers locked in a room for a weekend could come up with. No nerfs, but a goal to build things up, not rip them down.

When you have a flat tire, you patch the hole and fill it with air. What you don’t do is go around poking holes in the rest of your tires so everything is equal. What kind of an enjoyable ride would that make for?

Currently, Bungie is being rightfully smoked on the DestinyTheGame subreddit. Almost every post is in reference to these nerfs, and all have several thousand upvotes of support. Cozmo, a community manager who posted This Week at Bungie, has been replying to some people, but this isn’t a discussion. This, as confirmed by Cozmo, is happening, although he’ll take feedback to the team.

That should be of no comfort to Guardians. Nothing moves quickly when it comes to Destiny 2. Taking feedback to the team will take weeks, and then formulating a reply will take weeks. Eventually, there will be a This Week at Bungie that says something like, “We hear you.” When it’s all said and done, Guardians can hope to maybe see a small bit of backtracking by September. Maybe.

That’s not really the problem, though. It’s not about one weapon or piece of armor. It’s about a culture of nerfing instead of buffing. It’s about Bungie not understanding their players, or not taking them seriously. In my last opinion piece on Destiny 2 I closed out talking about how I wasn’t sure that Bungie even recognized there was a problem. Now, I’m certain there’s a big rift in the relationship between players and Bungie, and players are losing their patience. When that happens, it’s only a matter of time before Bungie loses their players.