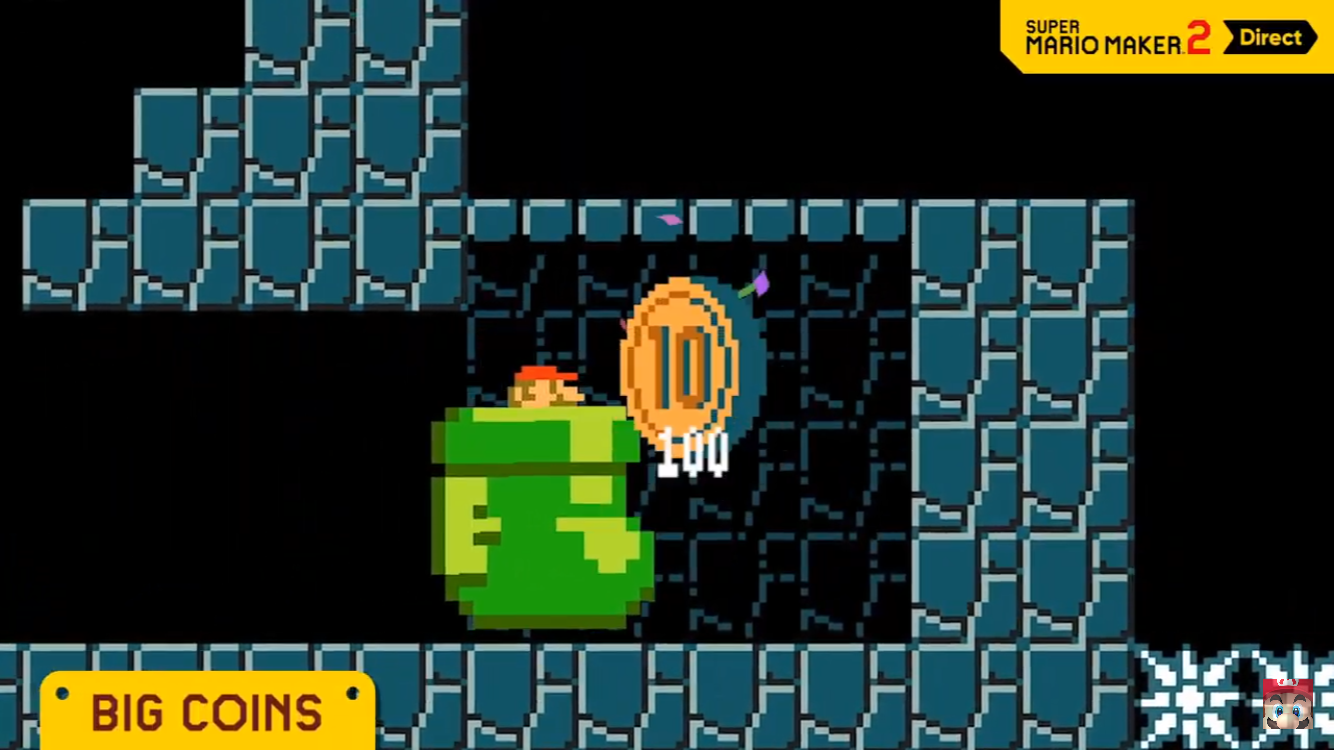 The new customization options will be available for players to add into their game levels. Big features like custom scroll, stop scroll, and water level settings will change the fundamentals of the level. Meanwhile, other features like the on/off switch, Snake Block, Angry Sun, and slopes will make it even easier to customize levels and truly make them your own.

There are plenty of other features coming to Super Mario Maker 2, though. New themes like Desert, Sky, Snow, and Forest will offer up additional challenges and changes to the background world. Each theme will also feature new music that was composed specifically for Super Mario Maker 2. Players will also be able to change the world to night using the new Moon feature.

But the Moon doesn’t just make the sun set. Players can also expect to find some surprising changes with each theme’s nighttime variation. On the Ground theme, Goombas will float, while the Underground theme will turn the world upside down. Exploring a Ghost House theme at night will cause the lights to dim more, and the Desert will be hit by a sandstorm. The Sky theme will feature lowered gravity, allowing the player and enemies to move more fluidly through the air, and the Forest’s calm and refreshing waters will turn dangerously poisonous, adding even more variation to your levels.

The world isn’t the only that that changes with nighttime themes, though. Some items can even change, turning into different items altogether, like the Rotten Mushroom. Be careful, because you never know what these new items might do if you interact with them. There are a lot of new features for players to look forward to in Super Mario Maker 2, and we’ll continue to keep an eye out for any additional info about the upcoming Mario level creator. For now, though, be sure you return to our Nintendo Switch hub for all the latest breaking news surrounding Nintendo’s portable home console. You can also follow Shacknews on Twitter to keep up to date on all our latest coverage and have it delivered straight to your timeline.