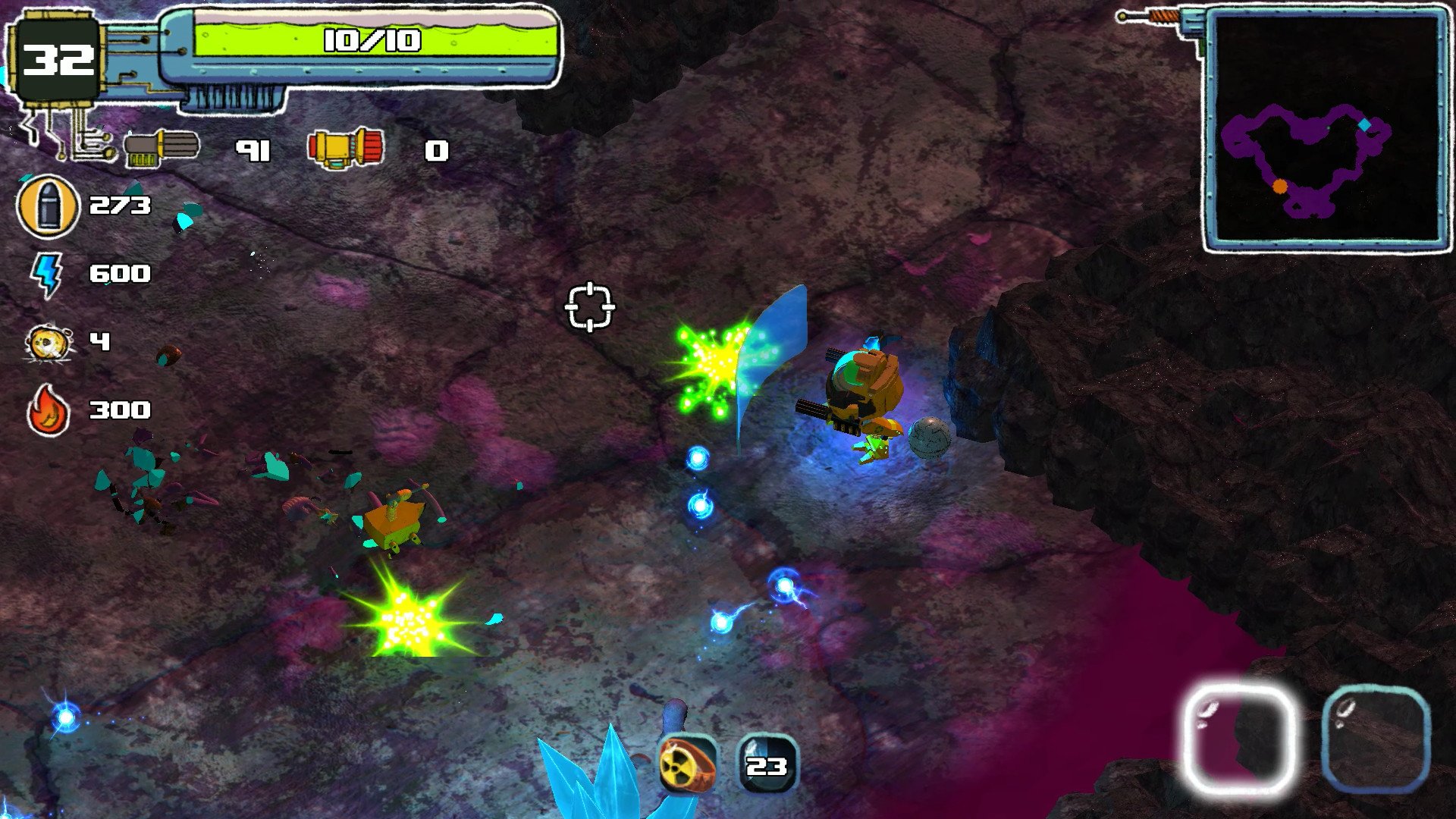 If you’ve ever played a rogue-like indie game in the vein of Binding of Isaac or Nuclear Throne, then you should feel right at home diving into Moss Destruction, a twin-stick shooter that blends the fast-paced action of the genre with rogue-like mechanics and gameplay.

Available on the PC right now, Moss Destruction is a quirky little title that invites players to take control of a mech as they embark on a journey through levels reminiscent of titles like Binding of Isaac. While there isn’t any kind of crazy mother involved here like Isaac, Moss Destruction is a fun and fast-paced little title that indie game lovers will find joy in. We had a chance to sit down and talk with one of the developers at this year’s Reboot Develop Blue, where we learned a bit about the game, its inspirations, and even some of the challenges that indie developers like Shotgun with Glitters have to face when creating a new title. If you’re interested in picking up Moss Destruction, then you can do so by heading over to the official Steam page for the game.

Considering the price, and the amount of replay value found in procedurally generated adventures like Moss Destruction, it’s definitely one that indie fans will want to check out. The game will also be making its way to Nintendo Switch and mobile devices in the future, and the developers also have some plans to bring it to the Xbox One and PlayStation 4 at some point. You can check out our full interview with the devs in the embed above.