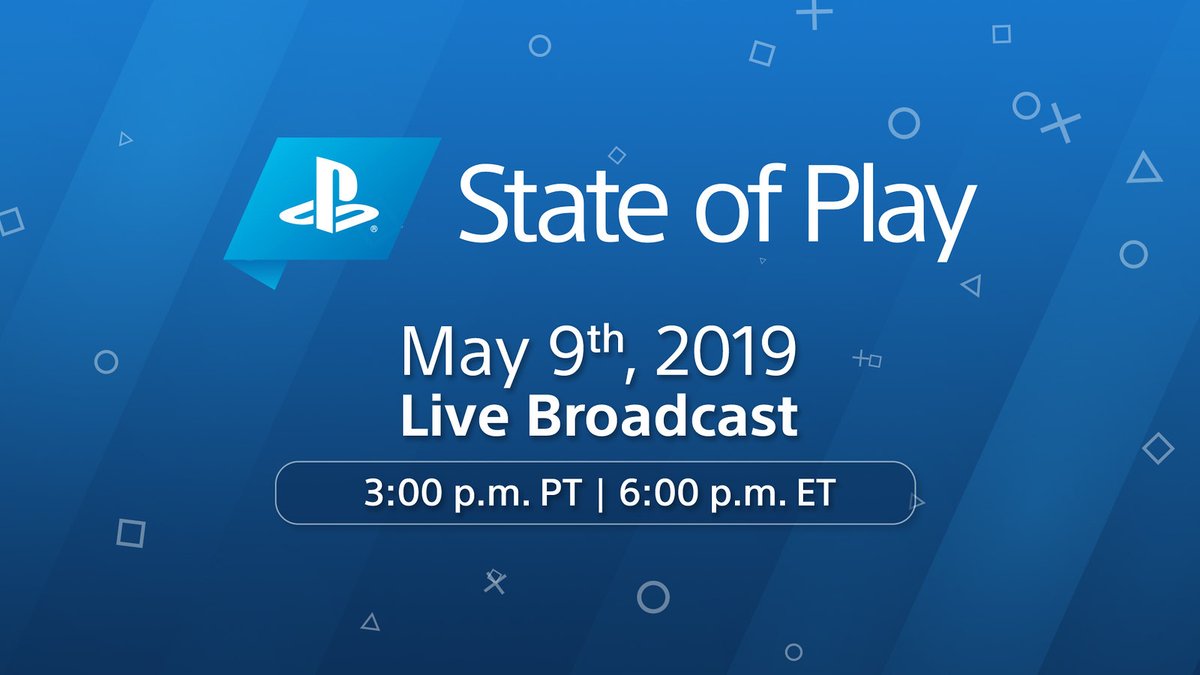 PlayStation State of Play live stream returns on May 9

PlayStation’s first episode of State of Play back in March was apparently a success, as the company is preparing for the next episode, which is set to air this coming Thursday. Kicking off around 3PM PT (or 6PM ET), the newest episode of PlayStation State of Play will focus around MediEvil, as well as showcase a brand-new title and even more.

If you’re excited about what Sony and PlayStation have in the works, then State of Play is a perfect time to tune in and see what’s up. Unfortunately, according to a quick post the company shared on the PlayStation Blog, there do not appear to be any plans to talk about their next generation plans at this time. So, if you were hoping for some glimpse at what PlayStation’s next console looks like, then you’re out of luck.

Still, though, the State of Play will have plenty of information and details for players to salivate over. MediEvil is looking to be quite a gem, and we’ll finally get to see an in-depth look at it that should give us even more of an idea of what to expect. The fact that we’ll also be seeing the world premiere of a new title is also exciting. As far as other upcoming PS4 games, Sony says we can also expect to see more details about those too.

You can tune into the PlayStation State of Play live stream when it kicks off on the official PlayStation channels, including Twitch, Twitter, Facebook, and YouTube. Make sure you don’t miss out on what’s PlayStation has to offer and tune in when the event kicks off this Thursday at 6PM ET.