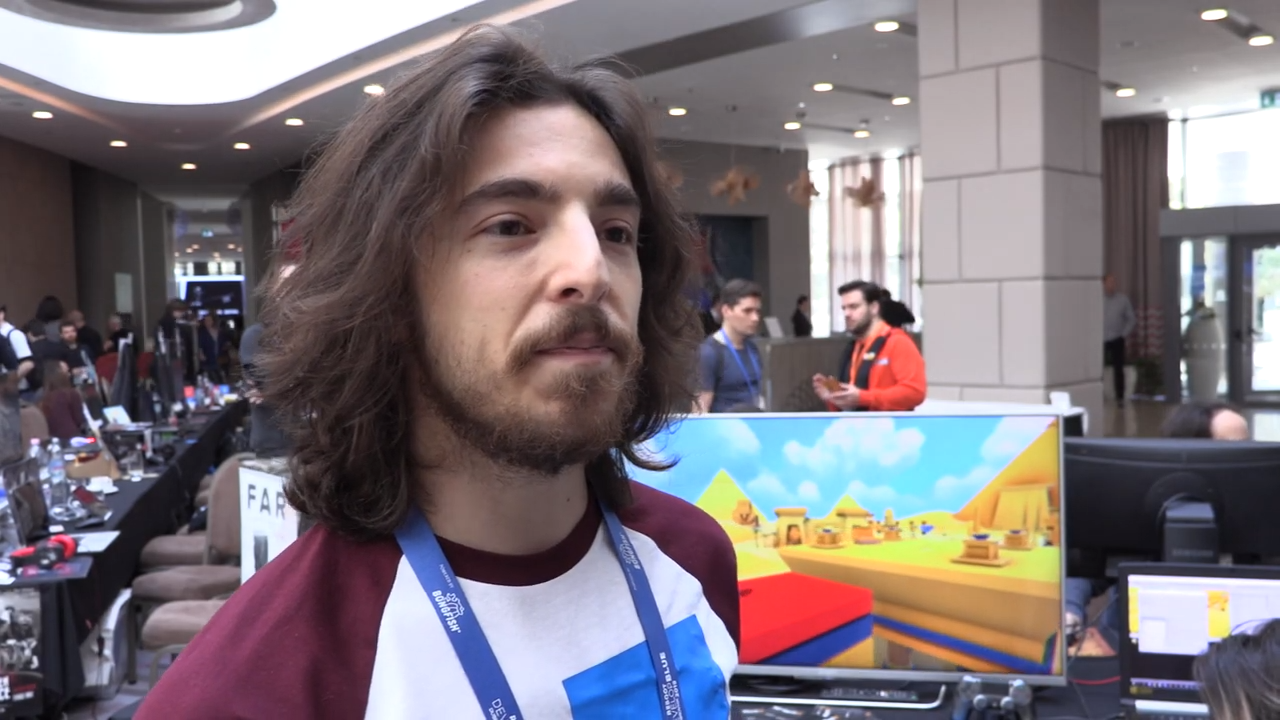 Shacknews recently had the chance to attend the Reboot Develop Blue 2019 conference, where there were several intriguing indie games and other titles on display to pore over. One interesting game in particular was One Jump Man.

No, that's not a typo. It has nothing to do with the popular anime series One Punch Man, like Google seems to think. Instead, this cute little nostalgia-ridden platformer takes elements of games you may have enjoyed as a child and looks to deftly weave them into
One Jump Man. It might look little familiar, too.

"The creative design came from our lead designer who is a fan of games like Sonic and Mario basically any platformer with an old-school feel." said one of the game's developers. We can certainly see that influence in the early build that was on display during the show.

This impressive and colorful affair is the work of a four-person team, who's been bringing the game to life with the magic of Unity.
"You should be kind of a generalist knowing how to interact with almost everything int he environment and be able to do mostly anything."

Still, the team sounded as though they've enjoyed working within the confines of Unity, even if it has something of a learning curve.

"It's a pleasant experience. It has an okay learning curve, and I feel that we're far from using the best practices, but that comes with experience."

The team is still working on One Jump Man so there's no release date just yet, but we'll bring you more information on it as it arrives.

For more interviews straight from Reboot Develop Blue or further commentary from some of the industry's biggest developers, be sure to stop by the Shacknews and GamerHubTV channels over on YouTube.