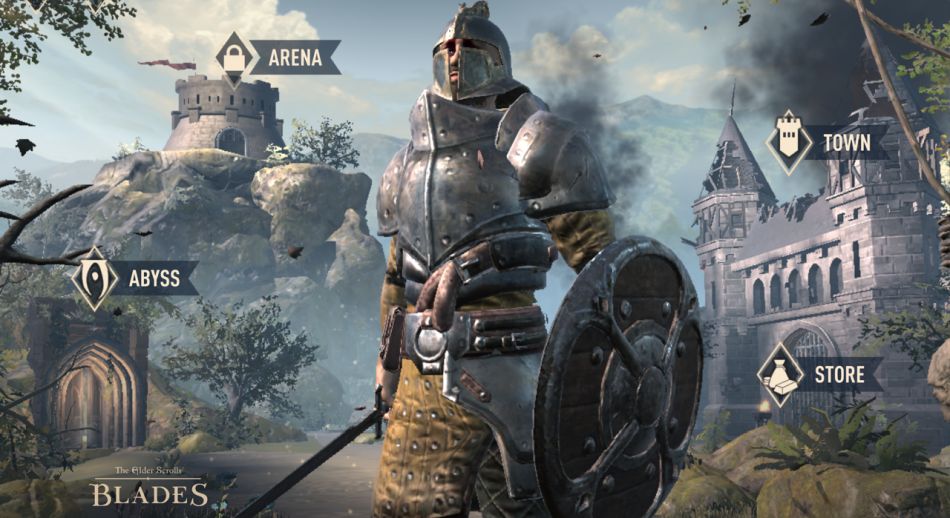 The Elder Scrolls: Blades Early Access now available for all

The Elder Scrolls: Blades is finally available for everyone to play, in case you've been waiting around patiently to see it come to fruition.

The game is still in Early Access, but instead of only being available for a select few, it's now out for everyone to try out. That means it's up for grabs on both iOS and Android devices, in case you've got devices with both operating systems and feel like making a tough decision. Bethesda made the announcement on its official blog, so now all bets are off and everyone can join in.

Previously, Shacknews went hands-on with The Elder Scrolls: Blades at E3 2018. Here's what Sam Chandler had to say about it:

"The vertical slice that I got to play at E3 2018 wasn't quite enough to whet my appetite, but the full game appears to promise a lot of customization and an interesting town management system, all of which should feel more like a complete meal. The Elder Scrolls: Blades is releasing sometime in 2018, to all platforms that can run it, which might tide over some of the fans while they whittle away the years until The Elder Scrolls VI is delivered to us from the bosom of Todd Howard."

It could be coming to more platforms in the future, according to Bethesda's Pete Hines, who noted previously that it will come to "every platform that can run it," though we haven't heard more out of him on that front just yet.

Ready to get your hands on the game and give it a whirl? Pick it up on the Apple App Store and Google Play Store now, then be sure to share with us what you think about it, as many of the Shack Staff have yet to try it.

Spider-Man will come to Marvel's Avengers as a PlayStation exclusive