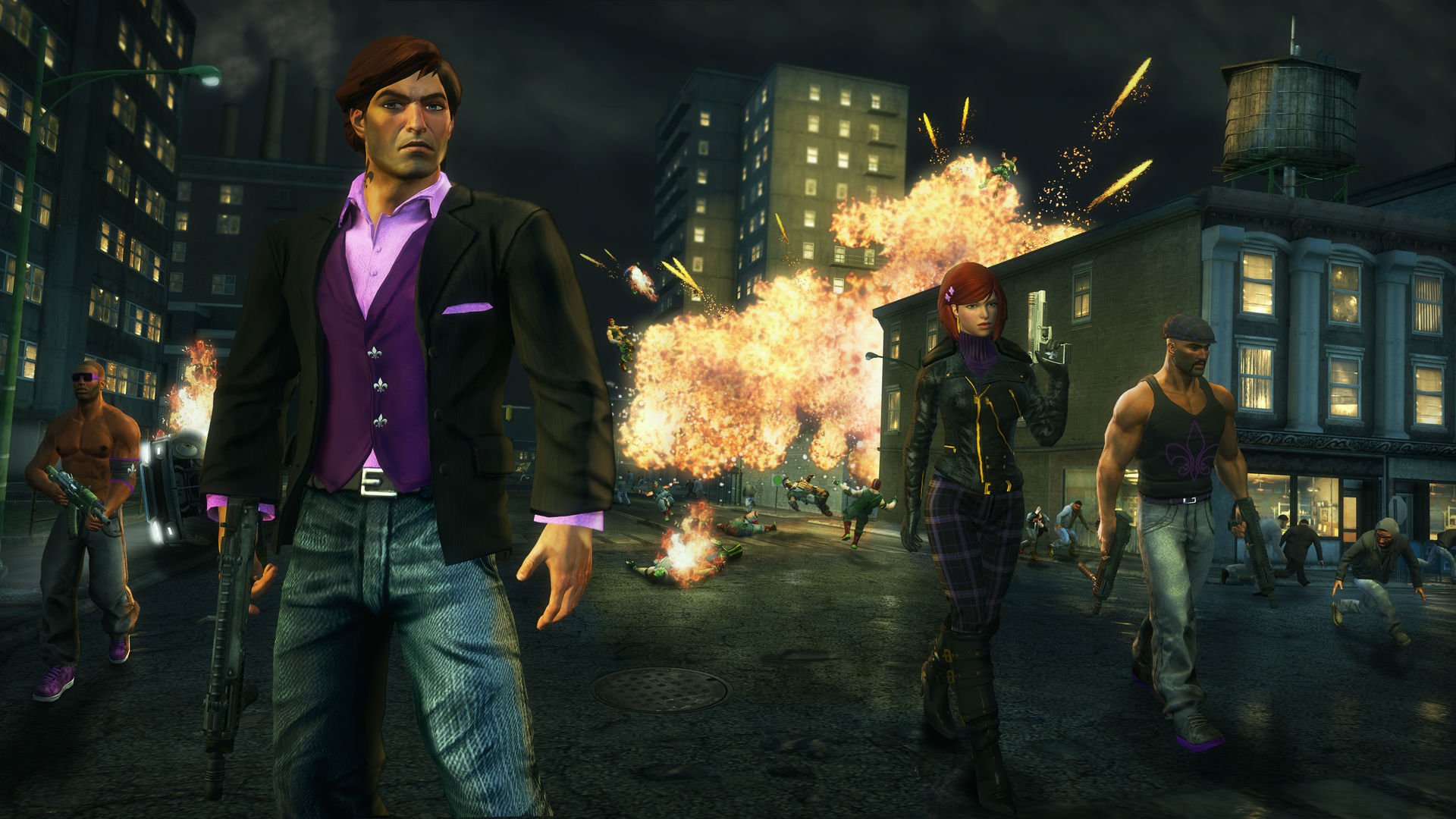 Saints Row: The Third - The Full Package gets new trailer

The days are counting down and soon players will be able to take control of the Saints and lead them to greatness in one of the most action-packed sandbox adventure games of the past gaming generations. As a personal favorite of mine, it's nice to see Saints Row: The Third making the jump to Nintendo Switch. Saints Row: The Third - The Full Package will bring all of the goodness of Saints Row’s wacky third title to the Nintendo Switch. To give us even more of a taste of what to expect, a new trailer showcasing gameplay captured on the Switch has been released.

It’s hard not to remember the opening of Saints Row: The Third. In a reckless and absolutely crazy plan, The Saints set out to rob a bank dressed as none other than themselves. It’s a raucous affair that quickly goes south as unknown forces move in to try to stop them, setting a series of events in motion that will push players further through the game’s story. That’s the focus of the first “Memorable Moments” trailer showcasing gameplay from the latest version of the third game in the series.

In the trailer, which we’ve embedded above, players can see just how good Saints Row: The Third will look on the Nintendo Switch. Of course, it still remains to see how well it performs out in the city, where all the real action takes place. Either way, though, the new trailer is hype as it gets. If you’re a fan of the Saints Row series, then being able to explore the world of Saints Row: The Third on the Nintendo Switch is the perfect chance to dive back in and experience everything again.

Saints Row: The Third - The Full Package will release on Nintendo Switch on May 10, 2019. That’s just two weeks away from now, which means fans won’t need to wait long to relive these memorable moments all for themselves.